You are here: Home / Advertising The Circus and Carnival / Carnival Sound Truck Advertised For The Carnival

Sound Trucks Announced That The Carnival or Circus Was In Town

Drawing the crowds for the carnival with the sound trucks 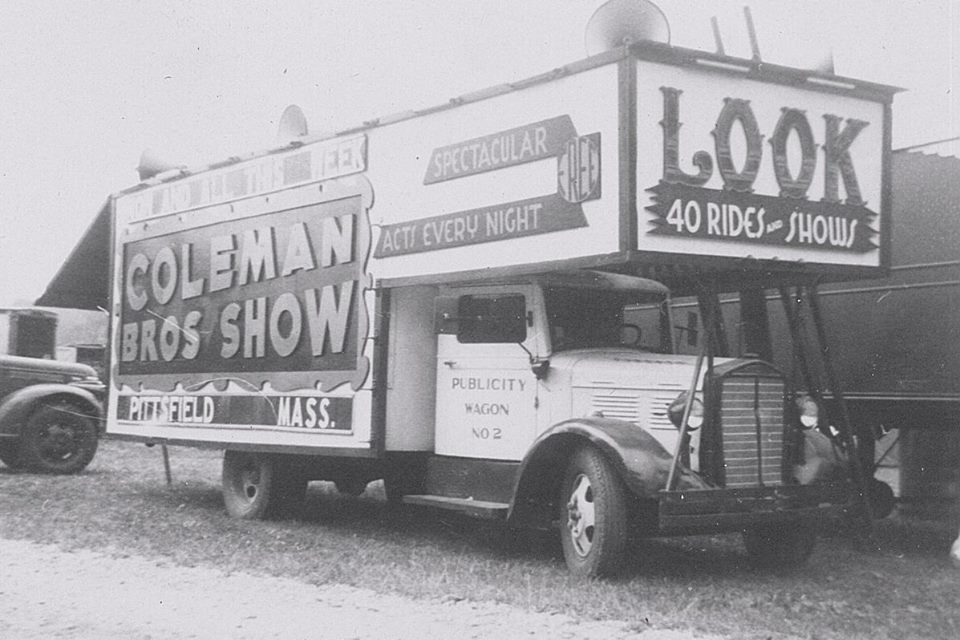 One thing the show owners of old knew was the value of advertising in many forms. That’s why circuses always had a big mainstreet parade through the towns they played. In those parades they displayed exotic animals and intricately carved wooden band wagons with uniformed musicians and noisy horse drawn steam calliopes showcasing the pageantry of the big shows as a “teaser” to attract the townsfolk to come out to the lot for the grand performance later that day.

Carnivals, which usually were going to be playing the spot all week, used Sound Trucks  to announce that the show was in town. Sound Trucks announced that the carnival or circus was in town by going up and down the streets of the towns got the attention of the people that lived there.

It brought the crowds out and kept attendance high.

The ‘sound truck‘ gained popularity throughout the 1930’s, 40’s and 50’s as automobiles and  mechanized utility vehicles became the standard means of transportation, replacing the horse and wagon.

Sound trucks came in all shapes and sizes but the basic premise was that the vehicle, usually loaded with an amplifier and a battery of loudspeaker horns pointed in every direction and turned up full blast, drove slowly up and down the neighborhood streets of a town daily,  playing stirring (and sometimes scratchy)  Sousa marches off a record turntable or tape recorder while someone on a microphone blared out a continuous spiel extolling the many wonders to be found on the big shows midway. Today, because of  strict laws limiting the noise levels in most cities and towns, the sound truck has become extinct.

Below are some great examples of Sound Trucks. 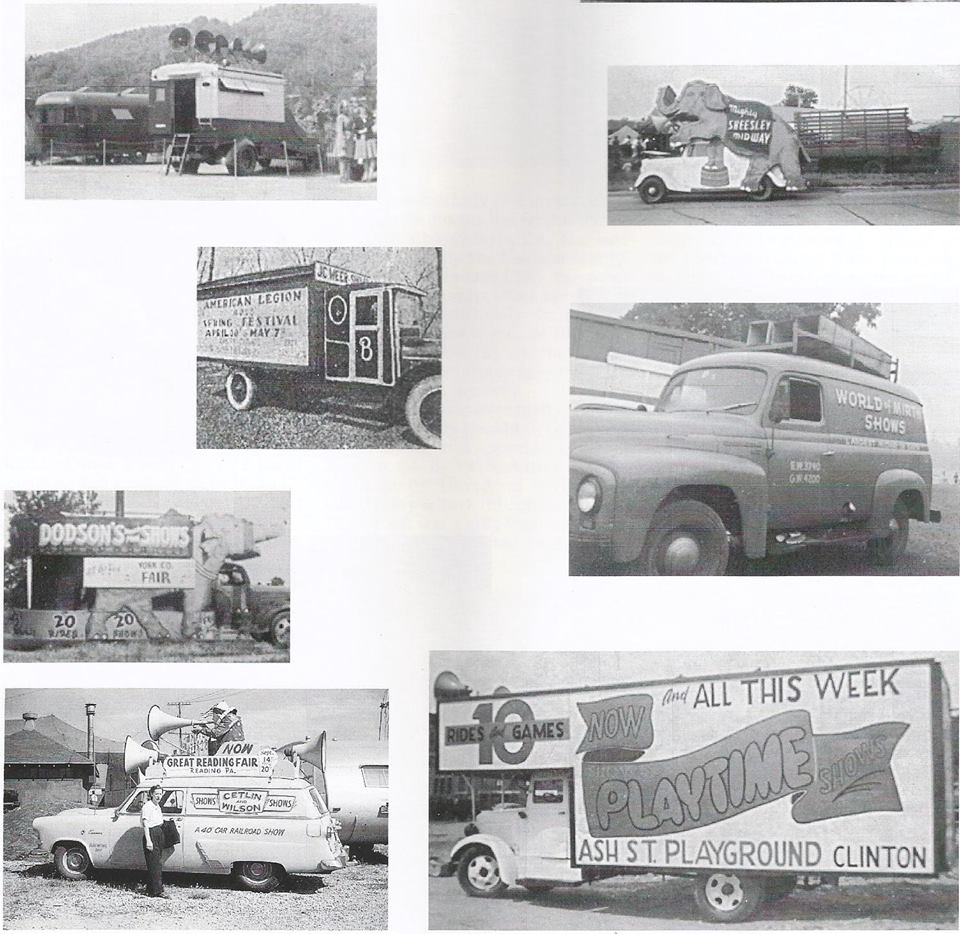 These vehicles were painted up in bright colors and were guaranteed to be extremely hard to miss. 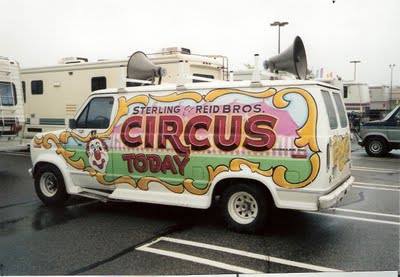