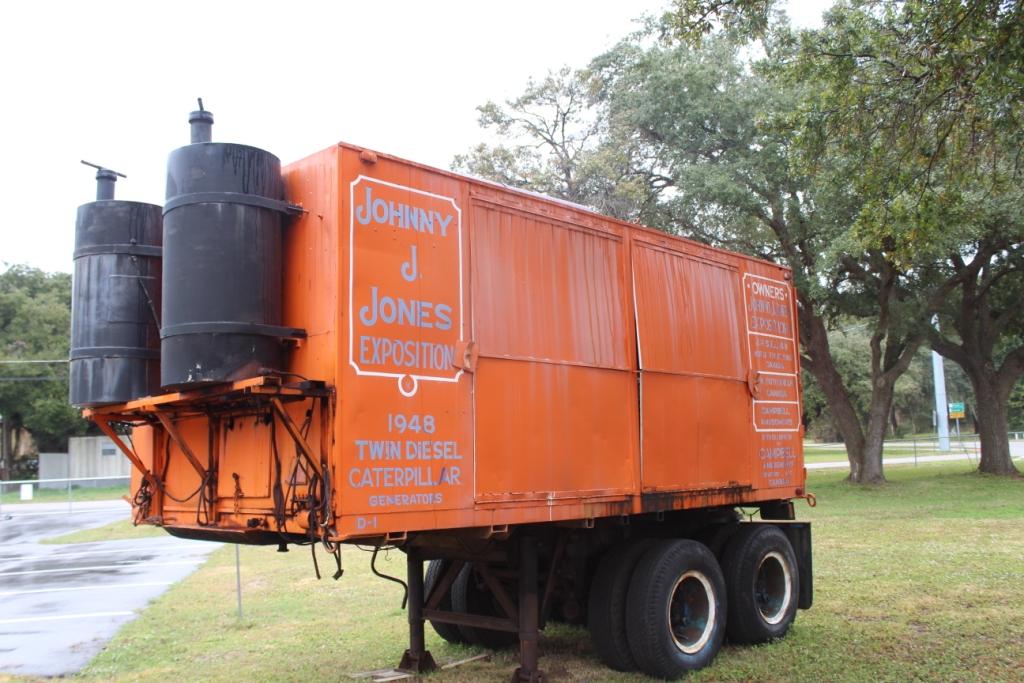 Whenever a traveling carnival setup there had to be a way to provide a source of electical power for the show. That electricity powered rides, lights, cotton candy machines, popcorn machines, coke machines, games, midway music, and loud speakers. There were a couple of ways to do that and one way was that every show had a generator that applied electrical power to the show. Depending on the size of the show, you could have several generators.

In 1948 the generators were not as powerful as the ones today. There are Two 671 Detroit(GM) Diesel Engines that was originally a carnival wagon. Most shows had their own electical department that may have compried of one person who kept the generator fueled and running properly. An electrician had to run the heavey wire from each piece of equipment, concession, game, etc and hook that in to a junction box, It was all 220 volts – three phase electricity.

The Johnny J. Jones generator was sold to Campbell Amusements who converted the wagon to a pup trailer that they could haul over the road instead of by rail road.

The 1948 Johnny J. Jones Shows Carnival Generator Wagon was donated to the museum and painted the original orange color that was used on the Johhny J. Jones equipment.

Carnival Wagons, Rides, games, concessions, sideshow exhibits, and anything else you can think of was sold back and forth to people in the carnival business depending on the need.