The Movie Theaters of Long Ago 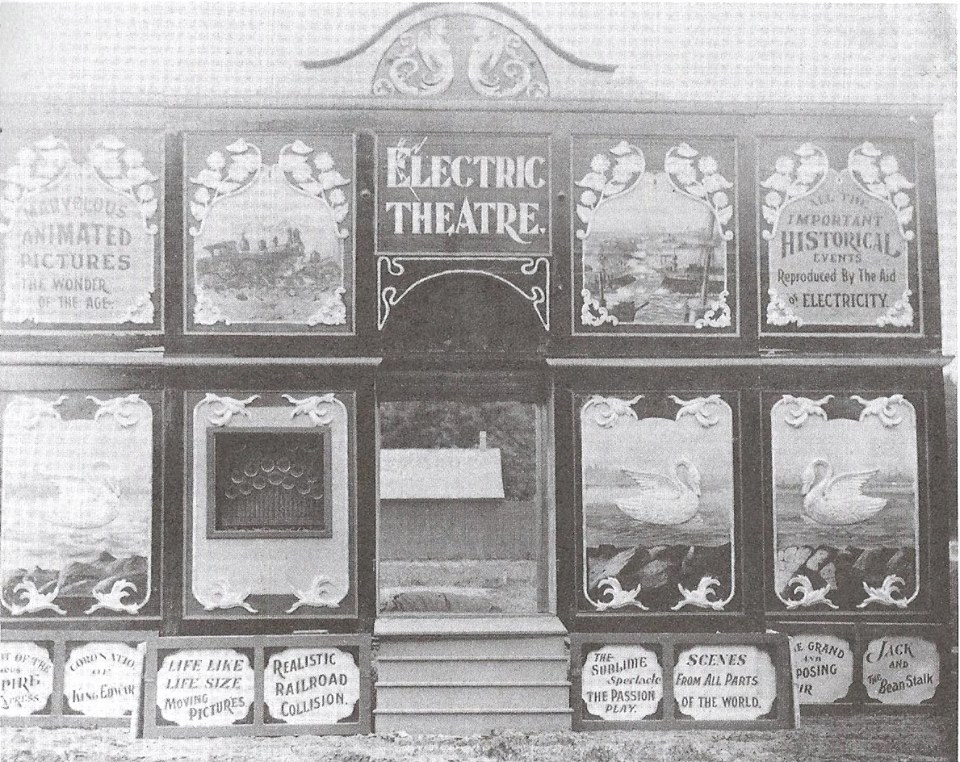 This beautiful hand carved scroll front is typical of the fronts made by the legendary C. W . Parker (The Carnival King) during the early part of the 1900’s . This show would have presented the very latest in motion pictures and newsreels.

In the early days of silent movies, film companies seemed to spring up everywhere in what is now Hollywood. The best motion pictures were often shipped to places such as Denver, New York and Chicago where they played to packed houses. But theaters were not yet established in most towns throughout America and it would be at least ten to fifteen years before every major town had one.

Few people realize that the first motion pictures many people in America saw for the very first time, were shown in some black, suffocatingly hot, smelly, airless tent on a carnival midway.

The Billboard magazine trade paper was full of ads in the back of the magazine for years from film companies trying to lease or sell movie film and projectors of every type and description.

Tragedies and natural disasters were the most popular and movies of floods with people and property being washed away by raging torrents were an especially hot ticket.

Carnivals would bring many communities in the United States first run movies as well as newsreels of the events of the world in ( amazing black and white ) moving pictures from the early 1900’s right up to the 1930’s.