You are here: Home / Carnival Railroad History / Dangerous Work of Loading And Unloading The Carnival Train 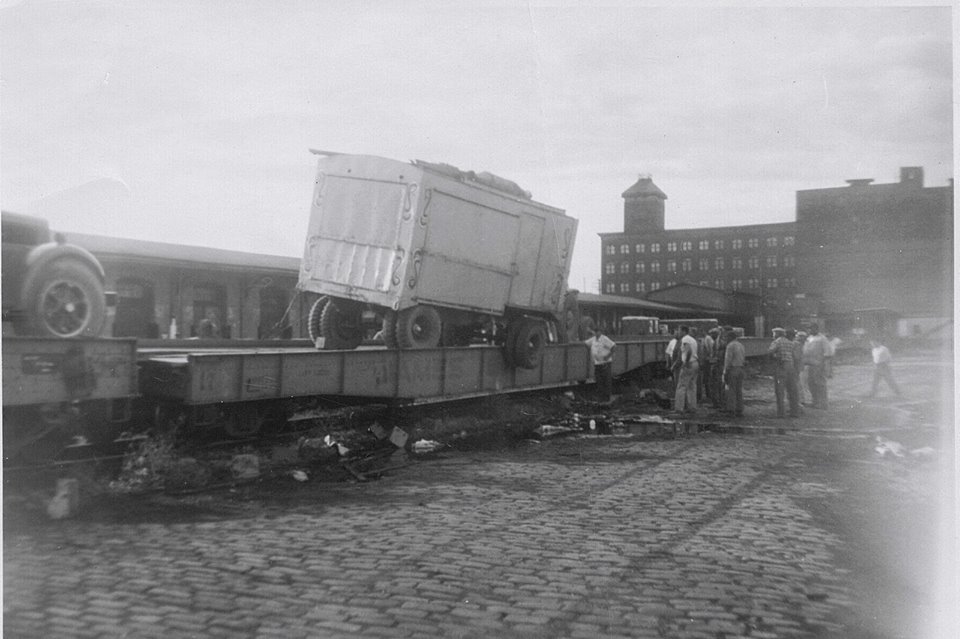 In the early days of the carnival business, carnival trains were the main source of transportation to get the carnivals from town to town as quickly as possible. James E Strates Shows still uses trains to move their show from location to location – fair to fair.

Once the train reached it’s destination the train cars had to be unloaded. It was extremely dangerous work of loading and unloading the Carnival Train. Disaster and death waited patiently for someone’s attention to stray for even a moment. As you can see from the picture above, the wheels had to remain straight as they were pulled off the train. Each man that helped load and unload the train had a specific job to do. The safety of all relied heavily on these men. It took the sheer strength and know how of the crew to load and unload the Carnival Trains

Here a bad accident is narrowly averted and the only casualty will be time and the dignity of the errant members of the train crew who are sure to catch hell from the shows train master for not being on the ball. (James E. Strates Shows. 1962)