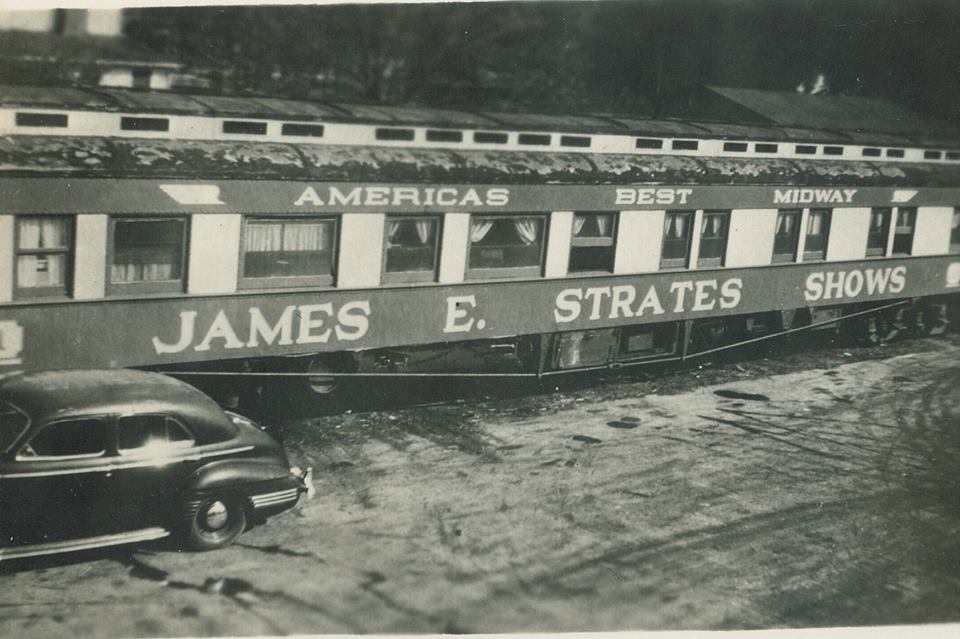 Some of the original steel “heavyweight” coaches were still in use on the Strates train in 1953.

Easily identifiable by the riveted sides and long ‘truss rods’ along the bottom that were used to keep the heavy car from sagging in the middle by adjusting the turnbuckle in the center.

The shows train master had to know his business because if tightened too much, they would cause a car to “hog” or bend upwards in the center which could split the structural integrity and ruin the entire coach.

The floors of these cars, most obtained by carnivals and circuses from the railroads who replaced them in 1930’s and early 1940’s with more modern equipment, were usually made of poured concrete to dampen noise and help hold the car on the tracks at high speeds which, combined with the riveted all steel construction, gave them the nickname “Heavyweights” in railroad parlance when compared to the older, lighter wooden cars they had replaced starting in the 1920’s.