Midways Of Long Ago Were Like Visiting An Art Museum Outdoors

A nicely painted (air) calliope truck poses in front of a beautiful bannerline on the Crafts Greater Shows sometime in the late 1920’s. (This would later become the Crafts ’20’ Big Shows) 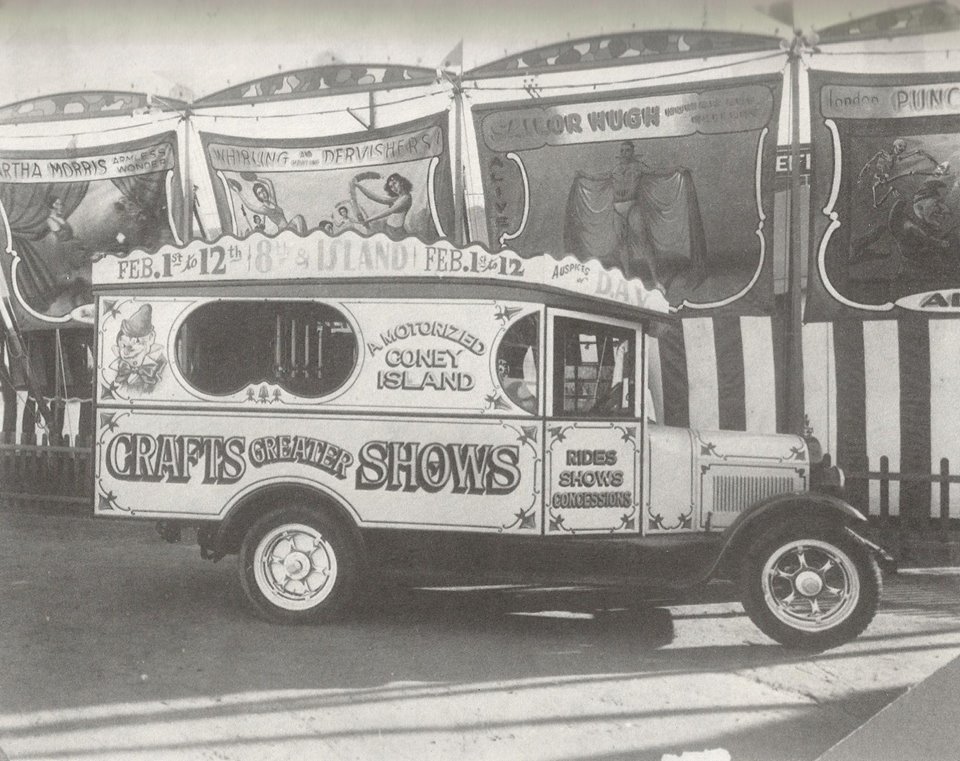 The spot is sponsored by the Disabled American Veterans and would be one of California’s early dates.

Like Florida, many fairs and festivals start early in California due to the advantageous weather.

Calliopes can be played by a player at a keyboard or mechanically. Mechanical operation may be by a drum similar to a music box drum, or by a roll similar to that of a player piano. Some instruments have both a keyboard and a mechanism for automated operation, others only one or the other. Some calliopes can also be played via a MIDI interface.

The whistles of a calliope are tuned to a chromatic scale, although this process is difficult and must be repeated often to maintain quality sound. Since the pitch of each note is largely affected by the temperature of the steam, accurate tuning is nearly impossible; however, the off-pitch notes (particularly in the upper register) have become somewhat of a trademark of the steam calliope. A calliope may have anywhere from 25 to 67 whistles, but 32 is traditional for a steam calliope.