Remembering The Animal Menagerie From Carnival Midways of Yesteryear 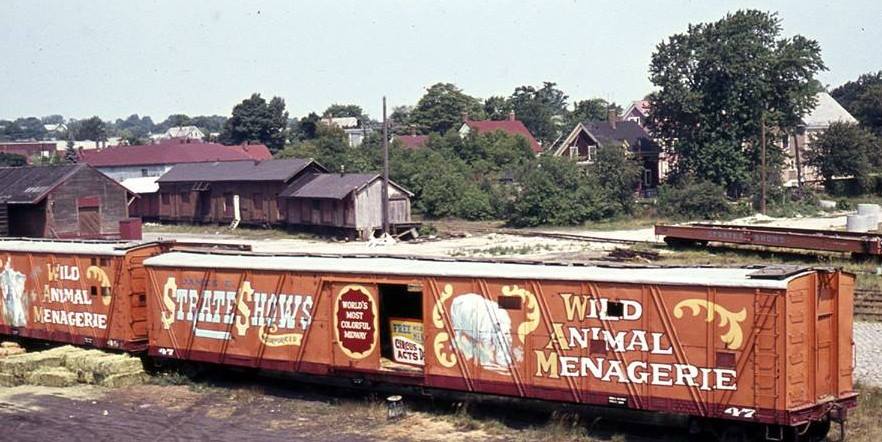 The separation between circus and carnival business is thinner than many circus folks would like to admit.

Many carnivals, in addition to offering circus style sideshows, had a Wild Animal Menagerie under big canvas tops on their midways.

Many big carnivals carried a Menagerie which was actually a tented zoo that featured exotic animals. This was a popular back end show in the early days since most folks, especially in the smaller towns, had never seen anything other then domestic livestock and marveled at their first sight of a lion, tiger or elephant. People could examine the animals up close and sometimes the menagerie would offer limited animal performances.

These combined circus animal acts with a petting zoo and were often used as a free act to entice visitors to stay around a little longer on the midway for the “next show”.

Patrons could expect to see performing elephants and trained dancing horses as well as being able to observe lions, giraffes, hippo;’s and many other exotic animals.

The last of these big menageries saw it’s grand finale in the late 1960’s when Strates phased his off the midway.

Although a few marginal traveling petting zoos are still in operation, none of these big menageries still exist on any carnival midway.