You are here: Home / Circus History / Billposting On The Circus

Billposting – Announces The Arrival of The Big Show

How People Knew The Circus Was Coming To Town 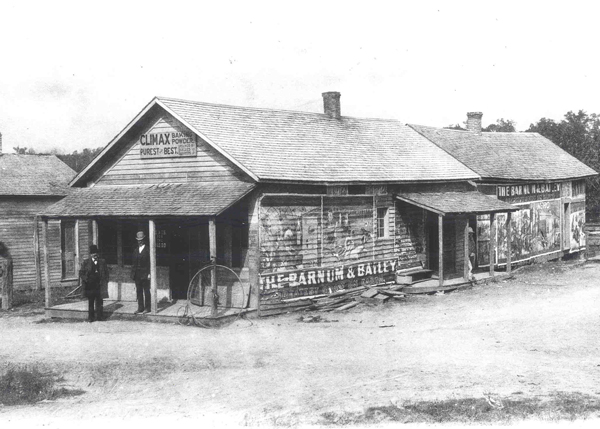 It was the job of the ‘advance team’ to go out at least two weeks ahead of the show and advertise the date. In the case of the railroad shows, the advance cars would be colorfully painted like parade floats with elaborate murals adorning the side of the coaches which were refitted baggage cars. The old shows understood the value of advertising and hundreds of beautifully colored lithograph posters ranging in size from 15 feet high to small, 18 inch widow cards, were posted around a town to announce the arrival of the big show. That’s how Billposting – Announces The Arrival of The Circus

Stories abound about these ‘hod men’ as they were known, ignoring the “Post No Bills” signs and, in the dead of night and on the last day in town, completely papering over an entire side of a building. In the morning, the angry store or hotel owner would awaken to find a couple of 15 foot high colorful multi sheet advertisements with images of a ten foot roaring tiger permanently stuck to his wooden building with the hardened paste, guaranteeing it would remain until the weather eventually washed it off.
Contracts were issued for free passes to those merchants who would allow a building to be papered or a widow card posted in their front window advertising the shows arrival.

The shows sometimes played close to each other and competition was fierce in the best locations and at key road junctions. Often the bill posters papered over the competitions paper or put their shows name and date over a pictorial piece or ripped it down completely. In this photo from the early 1900″s, we see an advance team with their wooden buckets lined up getting ready to ‘post a date’. They are mixing the gooey paste from water carried under the rail car that will soon affix the ‘bills’, with long handled brushes, in a strategic visual location on a fence or building. Although this slimy amalgam was made primarily from only four and water, When applied to the back of the bill and left to dry, this mixture would be almost as as hard and permanent as concrete. It was not uncommon to see forgotten paper, still stuck in tatters, to the side of an old barn years after the date had been played.

In this oral history , link below, an interview excerpt recorded in 2011, B.K. Silverlake, a billposter, explains billposting and how this promotional technique has evolved through the years.

Ms. Silverlake was interviewed as part of The “Big Top” Show Goes On: An Oral History of Occupations Inside and Outside the Canvas Circus Tent, featuring the voices and experiences of those associated with Hugo, Oklahoma’s tent circus tradition.