You are here: Home / EXHIBITS / Father Mac The Carny Priest

Father Mac has taken care of us for years. 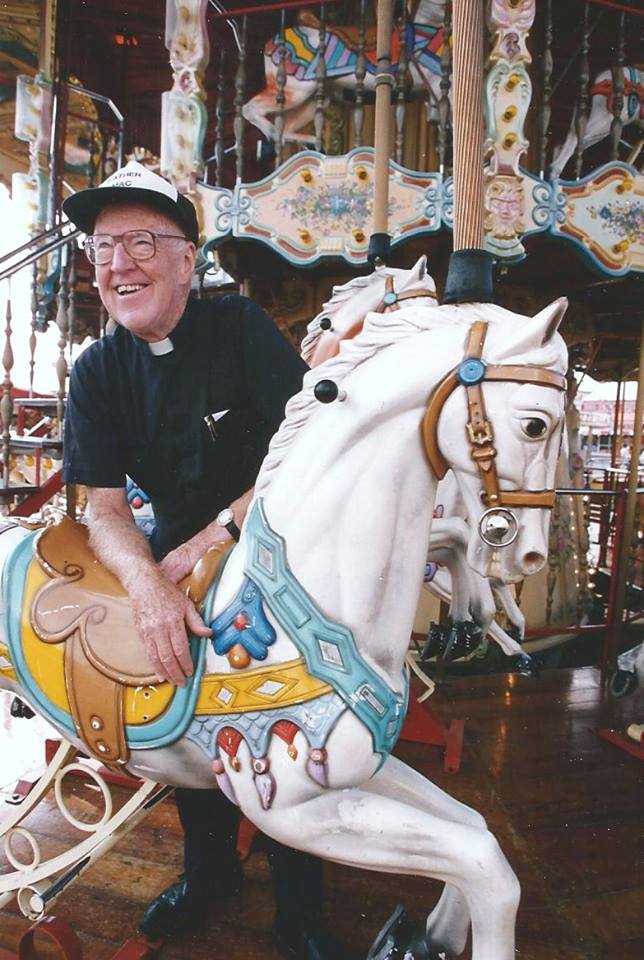 Some say that when Msgr. Robert McCarthy was a young boy he should have forsaken God’s calling and run away with the carnival. Instead, the genial monsignor waited until he was a priest to become a carny.

“Father Mac,” as he is affectionately known to his unusual congregation, is the Roman Catholic Church’s official Pope-appointed clergyman assigned to travel with carnivals to spread the Gospel. Msgr. McCarthy, celebrating 67 years as a priest of the Diocese of Ogdensburg, spent 21 of those years as pastor of Holy Family Church in Watertown, New York.

A native of Potsdam, Father Mac was born July 1, 1918, graduated from Potsdam High School and attended Potsdam State Teachers College for one year before beginning studies for the priesthood.

He studied at Wadhams Hall in Ogdensburg and St. Bernard’s Seminary in Rochester before his ordination Oct. 19, 1945. On May 19, 1960, Msgr. McCarthy was named a Papal Chamberlain (Chaplain of His Holiness) with the title monsignor. In 1961, he was appointed pastor at St. James in Gouverneur and, in 1972 pastor of Holy Family, a position he held until his retirement in 1993.

In addition to his ministry within the diocese, Msgr. McCarthy was internationally known as the “Carny Priest and to us as Father Mac.” For decades, Father Mac provided liturgical and sacramental services such as Mass, baptisms and marriages to outdoor show people across the United States. “”I always carry my entire church with me–the chalice, vestments, etc” he says. “I just set up church on Sunday on a ride like the Ferris Wheel or anyplace I can find.” 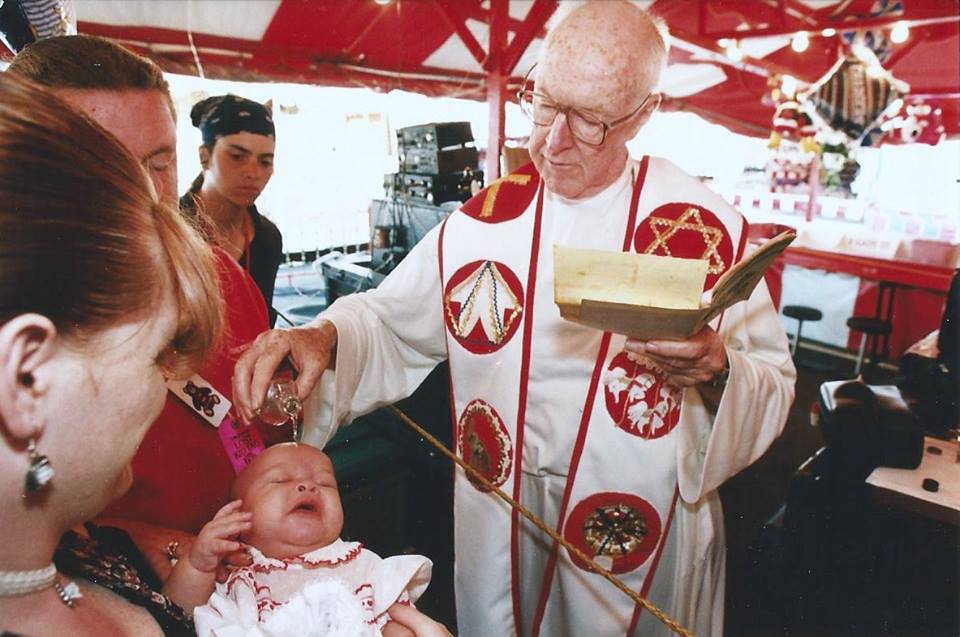 In 1970, Pope Paul VI named Msgr. McCarthy to the Pontifical Commission for the Pastoral Care of Itinerant People. He was also named the official chaplain for the 60,000 carnival workers in the United States.

In 1979, he was honored with a private audience with Pope John Paul II who knew of his work with carnival and circus people.

Msgr. McCarthy, who celebrated his 95th birthday July 1, 2013 currently, resides at the Sisters of St. Joseph Motherhouse in Watertown.

Father Mac can still be seen occasionally visiting the carnival and circus midways across America during the summer months where he is welcomed with great affection by everyone as part of the outdoor show business world.

The International Independent Showmen’s Museum has a special exhibit for Father Mac – stop by the museum and learn more about him.