You are here: Home / Historical Photos 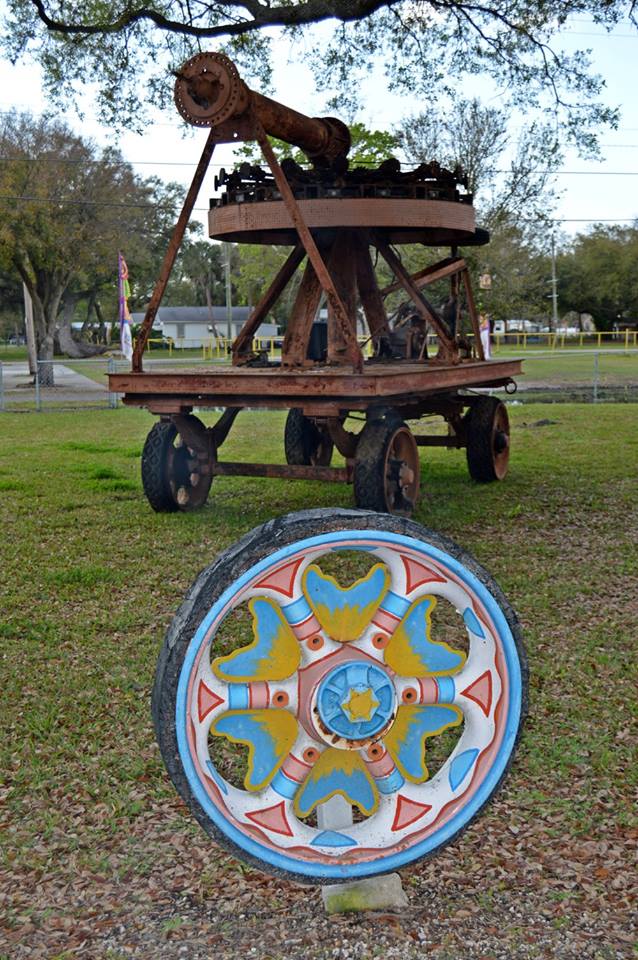 The Philadelphia Toboggan Company, which is known for it’s magnificent, beautifully decorated carousels, only made eight of it’s carousels for traveling carnivals out of the ninety four it built in it’s lifetime. They kept great, detailed records of who bought each one and the disposition of them over the years, right up to the company’s final carousel which was built in 1941. Some of the records are questionable though as machines were transferred in and out of their shop over the years and possibly renumbered as they were rebuilt.

As an interesting side note, the history of P T C #27 is somewhat spottier. This machine, also built in 1913, was originally owned by Abner Klein ( A.K. Klein- Walt Shows ).

It was fire damaged at sometime and during it’s somewhat dubious history, donated by the Sedalmayer family to the Ringling Circus Museum in Sarasota Florida where it sat behind a storage building, the eventual victim of tropical weather, rot and termites.
The International Independent Showmen’s Museum ended up with the only remaining salvageable piece, a gun mounted center wagon( Shown above) , which is on display in the front yard.
Restoration work will be done as the money for this project presents itself.

The International Independent Showmen’s Museum has compiled thousands of historical photographs of the American Carnival and traveling shows spanning over an entire century in the unique world of outdoor show business. This is a limited sample of what we have archived. We will be glad to answer specific requests for any information or photographs in our vast inventory. If you have any information or photos to add to the museum’s collection, please let us know!

The following photographs are exhibits that can be found at The International Independent Showmen's Museum.
Slideshow
View 46 photos 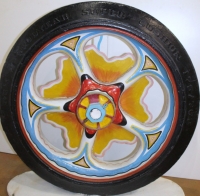 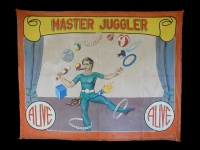 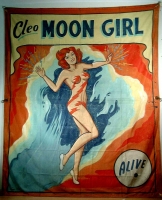 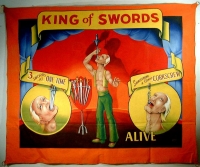 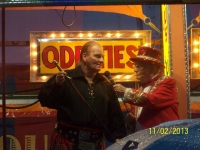 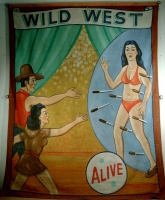 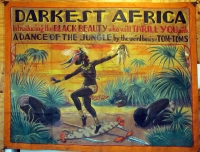 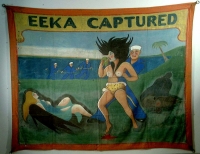 The International Independent Showmen’s Museum also has numerous artifacts including wagons, trailers, and equipment actually used with Carnivals and traveling shows in America. That is just on the outside of the museum. Inside you will find over 52.00 square feet of space filled with exhibits that tell the story about various aspects of traveling shows from the Wild West Shows, Girl Shows, Minstrel Shows, Thrill Shows, actual historical rides, a carnival midway with games of the past, and so much more. It really is a one of a kind museum that will bring back fun memories and experiences of your own life. Join in the magic and visit the International Independent Showmen’s museum today!

The International Independent Showmen’s Museum provides access to these materials for non-commercial, educational, and research purposes. The permission of the copyright holder, owner, and/or other rights holders is required for publication, distribution, reproduction, or other use of protected items beyond that allowed by fair use or other statutory exemptions.

For research and study purposes or more information about the American Carnival  and traveling shows contact: