You are here: Home / Featured / American Beauty Merry Go Round 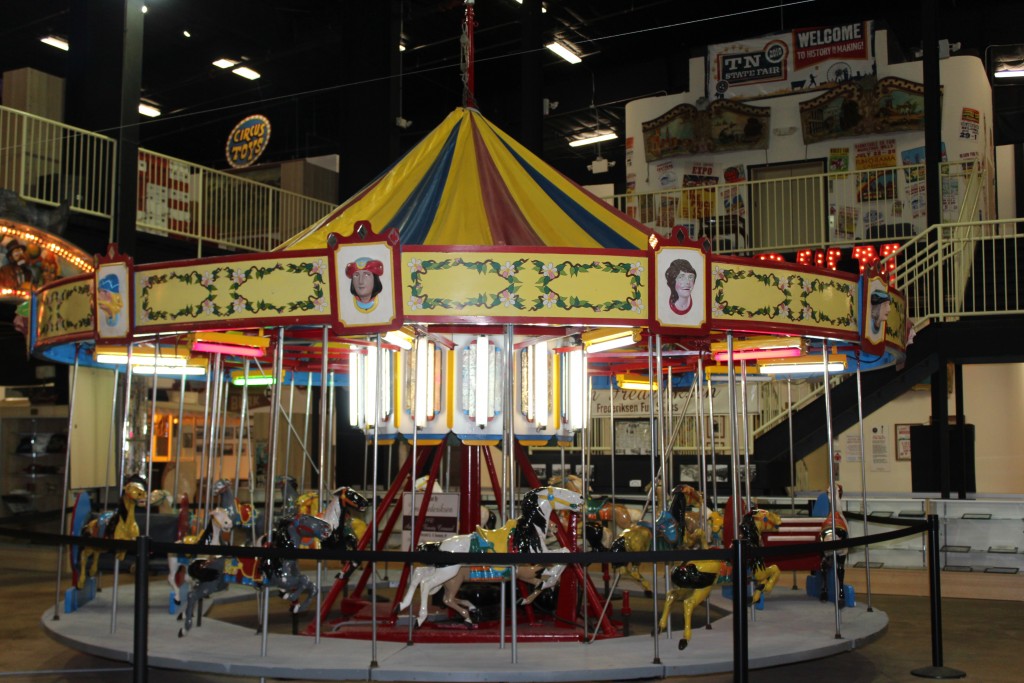 This children’s carousel was designed small in size to allow the smaller and younger kids access to the horses by themselves without needing parental help or supervision.

Located in the center of the first floor of the museum is a 1950 aluminum horse American Beauty Merry Go Round.

Called a “Kiddie Carousel” in the Allan Herschell Company catalog, it was created specifically for small children to ride without the need for adults to accompany them. The horses are child-size, easy for children to get on, durable, and the machine moves more slowly than a full sized carousel.

The Kiddie Carousel has been completely restored and while adults cannot ride on the machine, it is a delight to the eyes.

It was usually placed in a large traveling shows “kiddieland” while the larger, full sized carousel was set up near the front end of the midway for both the grownups and children to enjoy.

The Allan Herschell Company (1915-1970), founded in North Tonawanda, New York, was the fourth in a series of companies in the community which manufactured carousels and other amusement park rides. Allan Herschell had previously been a partner in the earliest of the area’s carousel firms: the Armitage Herschell Company, in 1873, and later with the Herschell-Spillman Company in 1901. The Spillman Engineering Company operated from the 1920’s through the 1930’s in competition with its founder.

The Allan Herschell Company, the most prolific maker of carousels, specialized in producing portable machines which could be used by traveling carnival operators. The company produced over 3,000 hand carved wooden carousels and outproduced all of its rivals in the carousel industry. Each hand-carved wooden carousel featured striking yet simple horses.

A major employer in the community, the Allan Herschell Company had a worldwide reputation for quality rides. Carousels from this company were shipped throughout the United States and Canada, as well as to all parts of the world, including South Africa, India, Tahiti, and Mexico.

Of the 148 antique, hand-carved wooden carousels still in existence in the United States and Canada today, 71 were manufactured in North Tonawanda in one of the four Herschell companies. The Allan Herschell Company had a major influence on the development of the American amusement ride industry, where this influence continues to be felt. 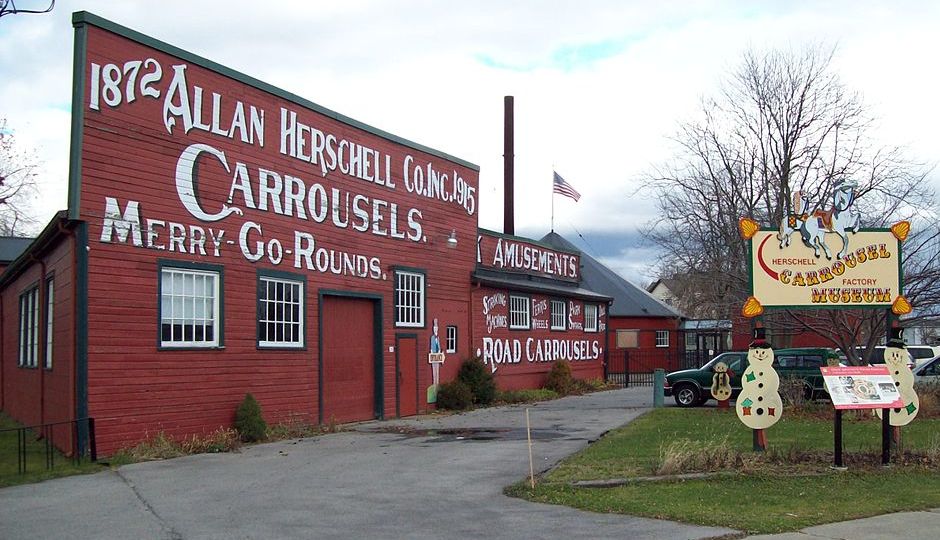 Over the years the Allan Herschell Company expanded its line of amusement park rides and pioneered such concepts as “Kiddieland,” a specialized group of rides designed for small children. It also introduced adult thrill rides such as the Twister, the Hurricane, and the Sky Wheel, a double Ferris wheel nearly 90 feet tall. Much of this growth occurred under the ownership of John Wendler and his family, starting in the 1930’s.

The Company maintained its North Tonawanda operation until the late 1950’s, when it moved to Buffalo. It continued as a locally owned firm until it was sold in the early 1970’s to Chance Manufacturing of Wichita, Kansas, a rival maker of amusement rides.