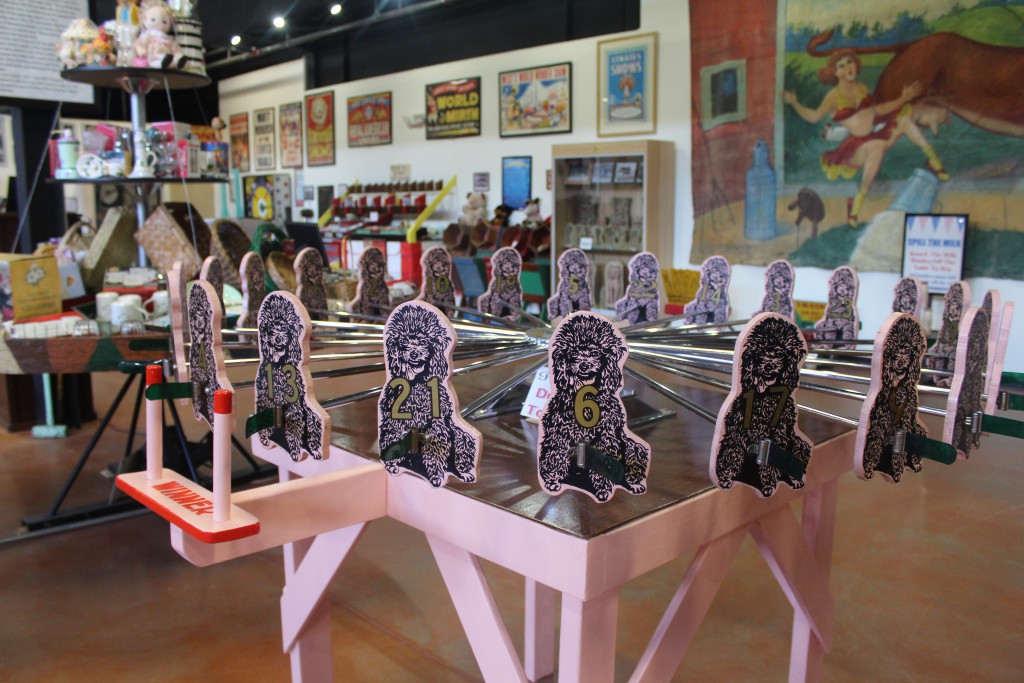 The Pink Poodle Skillo was sometimes called a Spider Wheel, this was a popular version of the standard gaming wheel with the difference being that unlike vertical wheels such as the Big Six, this wheel sat horizontally.

There were many theme variations on this device such as bears, race horses (known as a Pony Track) and other characters.

The numbered poodles corresponded to identical numbers on the counters of the Pink Poodle Skillo.

Players choosing the winning numbers received their choice of prizes. Sometimes this game was played for cash awards.