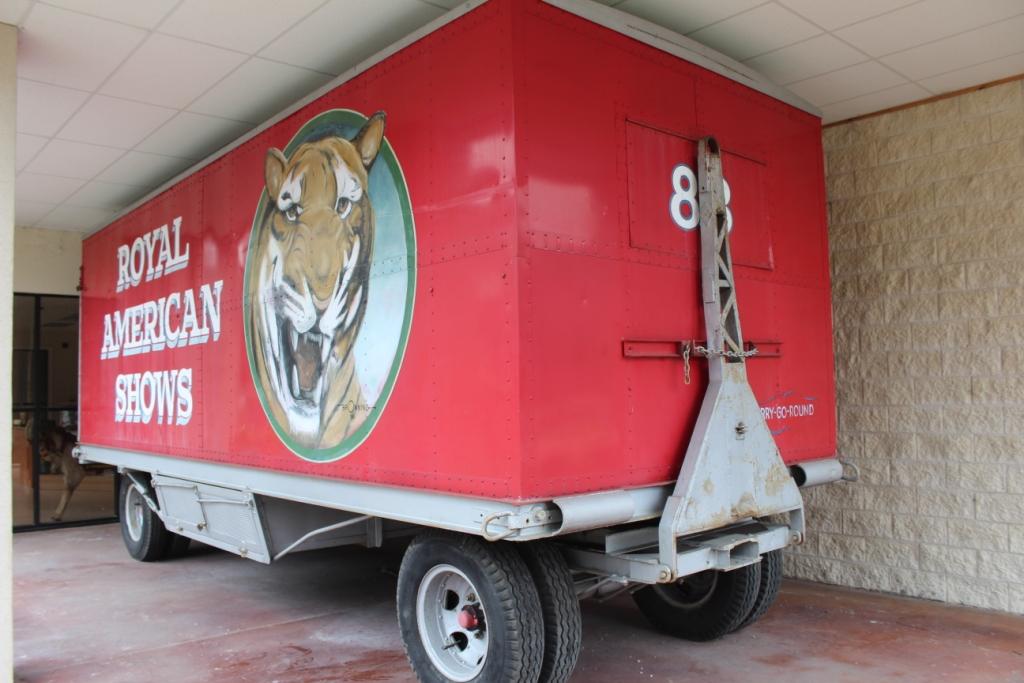 Rides Were Hauled In Wagons

On The Royal American Shows

The Royal American Shows held every ride in at least one wagon that contained all the pieces necessary to set up the ride. Some rides needed three or four wagons to hold all the pieces of that particular ride.

The wagons were each put on the trains and transported to the next spot. There is a number on the front and on the back of the wagon that was the actual length of that wagon so you would know for sure what wagons could fit on the flat car they were hauled on.

The Royal American Merry Go Round Wagon was used up until 1985 and has the famous Royal American Shows Lion on it. Most of the wagons that carried rides were utility type wagons that were designed to transport the same piece every week and once unloaded were parked in the back of the midway for the rest of the fair.

The difference between an American Merry Go Round is that it turns counter clockwise and a European Carousel turns clockwise.