You are here: Home / Motor Drome / Woman Played A Huge Part In The Carnival Business

Courageous Women Make Their Mark With The Carnival 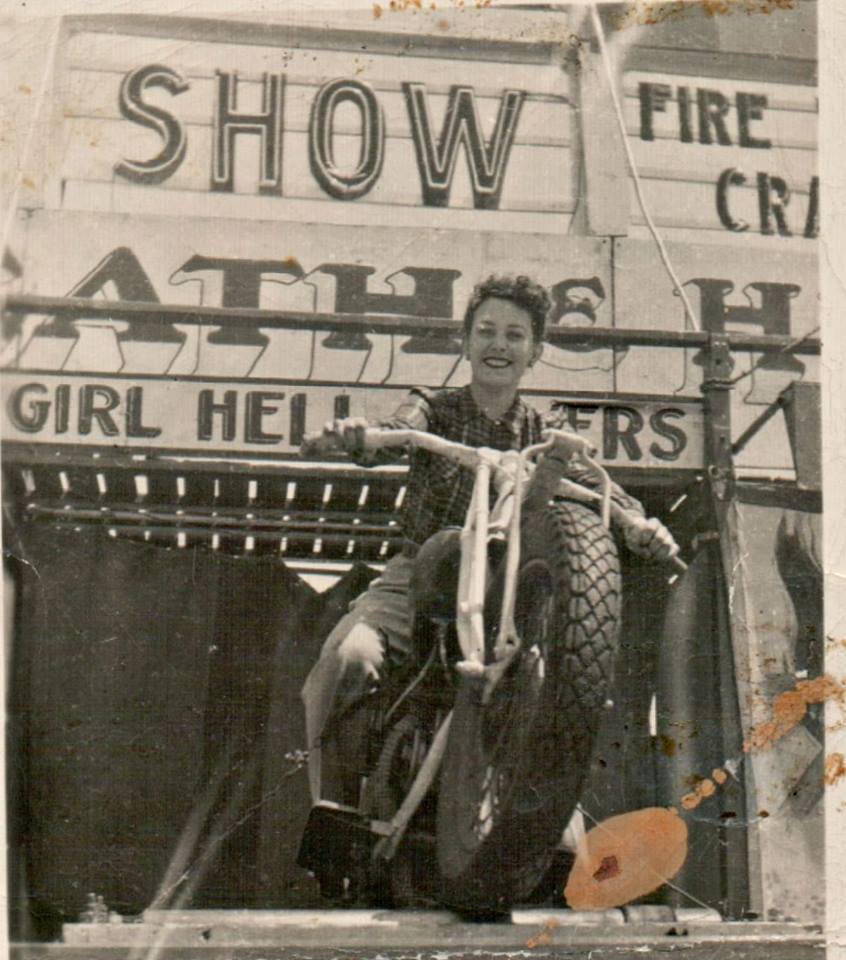 Early on, many women, not being satisfied with secondary roles or being costumed performers, achieved prominent recognition as show owners and producers which were considered exclusively male dominated fields. Woman played a huge part in the Carnival Business.

The beautiful Lillian LaFrance had her own thrill show and began riding the Wall Of Death at the age of 30 as one of the first female thrill motor cycle riders.

In the photo above we see the beautiful Charlotte Stempanic posing in front of Marjorie Kemp’s “Thrill Arena” an all girl motor drome which was a headliner on the enormous Royal American Shows midway in 1940.

Decades before the world would be confronted by the modern “women’s movement” of the 1970’s and 80’s, colorful women like these had already smashed gender barriers and gained the well deserved respect of their counterparts as leaders in the industry. It is important to recognize that early on woman played a huge part in the Carnival Business.