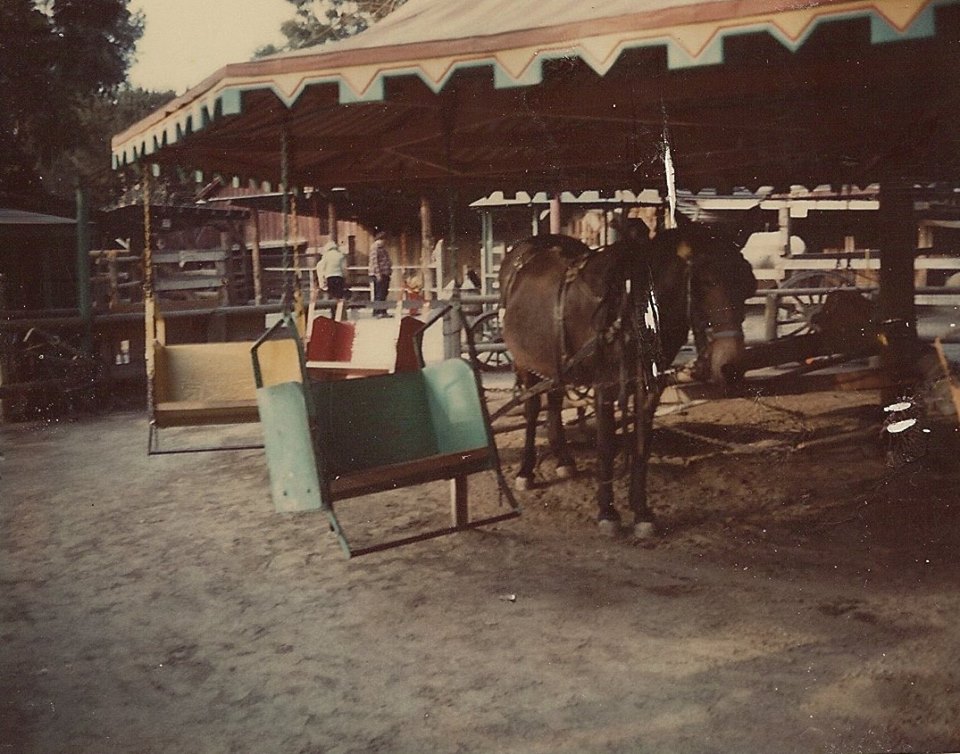 The rides we know today could not have developed without the advancements of the gasoline engine. The earliest riding devices were turned by a mule. The female mules or ‘Jennies’, had better dispositions than the males or ‘Jacks’ and were most often preferred over their obstinate counterparts. The modern Merry Go Round, “The Jenny”, got it’s nickname from this means of motive power that was associated with it during it’s early years.

Later, steam engines served as the preferred means of propulsion but they were cranky beasts that weighed as much or more than the ride itself, consumed huge quantities of fuel and water and occasionally blew up, causing death and destruction on crowded midways.

The first portable gasoline engines were crude, one cylinder affairs with no throttle adjustment and produced low horsepower output for their size. They were hardly suited to midway use and were more of a novelty for the first few years. However improvements soon followed and in no time, every rural farm without electricity, had at least one of these to power everything from Ma’s washing machine to the family log splitter.

It didn’t take long for the enterprising ride builder to see the value of this new fangled invention and incorporate it into their riding devices. 4 cylinder gasoline engines were the standard of the day on every carnival ride right up to the middle 1960’s.

Although gas engines came in all shapes and sizes, arguably the most popular of these was the 4 cylinder Allis Chalmers 153 series gasoline engine that powered every ride on the midway at one time or another over many decades.

Before electric starters, the cantankerous engines had to be cranked by hand.

Often, after a rain, a damp magneto on an uncovered engine could make the crank kick back breaking the wrist of the hapless operator.

Modern hydraulics powered by increasingly smaller, reliable, electric motors and advanced electronics have now taken over as the preferred method of powering the modern riding device.

In the picture above, this is a typical 4 cylinder industrial engine under a ‘ Moon Rocket’ ride in the 1940’s. Notice the magneto (black object on the side of the engine). This served as the spark distributor and when it got wet, shorted out, causing the hand crank to whip back on the person trying to start it, sometimes breaking their wrist.