Ride Design Was Different But Worked On Similar Premise As Ferris Wheel. 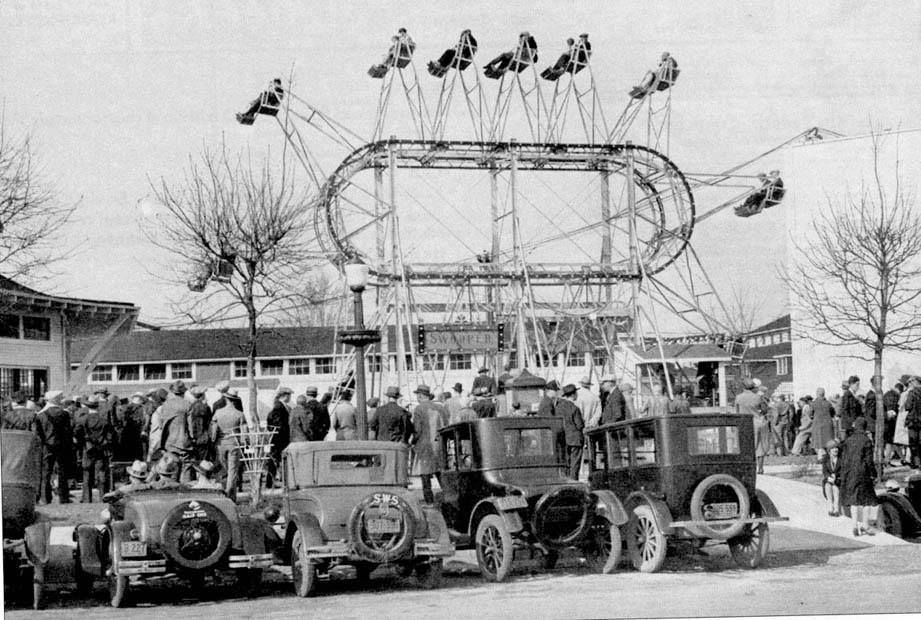 Many ideas for ride designs came and went over the years for various reasons.

While some of them seemed like good ideas, some of them violated patent infringements for other riding devices or were just plain obvious death traps.

In this early American rare carnival ride we see a “Swooper” ride that, for whatever reason, only made it into limited production though it does seem to be getting a lot of attention from the crowd. There were only 15 Swoopers built. The possible reasons that there were not more built are that the ride was heavy weighing nearly 13 tons making it difficult for traveling carnivals to haul. The second reason is that the cars sometimes came to an abrupt halt. Lastly, Herbert Sellner, the ride’s inventor and president of Sellner Manufacturing died on April 22, 1930.

It began with a  new attraction called The “Whoopee”, made by Sellner Manufacturing Company and was placed in Sunnyside Amusement Beach in April 1929. It sat between The “Derby Racer” and The “Gad-A-Bout” bumper cars. On June 29th, less than two months into its operation, a gear failure caused four riders to be thrown from it. The injury extent is not known, but one rider landed on the picket barrier which fenced in the ride. After this, the ride went by the manufacturer’s name of The “Swooper”.

The “Swooper”, made by Sellner was an elongated, oval variation of a ferris wheel. Rather than a turning wheel like the ferris wheel itself, the Swooper had a stationary framework. The Swooper had 15 two seat tubs, each attached to radial arms (stilt supports) that were pulled around a massive oval framework by a pair of cables.  These stilts held the tubs some distance (estimate of about two meters) away from the oval, which remained stationary in a horizontal position. The oval structure was similar to a modern “Zipper”, only shorter.

Picture the tubs and their supports being pulled via steel cables along a track which traced the oval’s outline. It was far enough above the base for the tubs to swoop down under it to near ground level. Because of the oval shape, four tubs could be loaded at once. This gave the Swooper a definite advantage over most Ferris wheels whose revenue producing capacity has been limited by having to load one seat at a time.

In Sellner’s 1929 brochure, they cite that the ride can be setup by a traveling carnival in six hours with only four men and tear down was even less. One of the reasons was the power jack, the heaviest unit, was mounted on wheels. Long tapered pins were used which were also interchangeable. The ease of setting up and taking down the Swooper made it a great ride for the carnival midways. 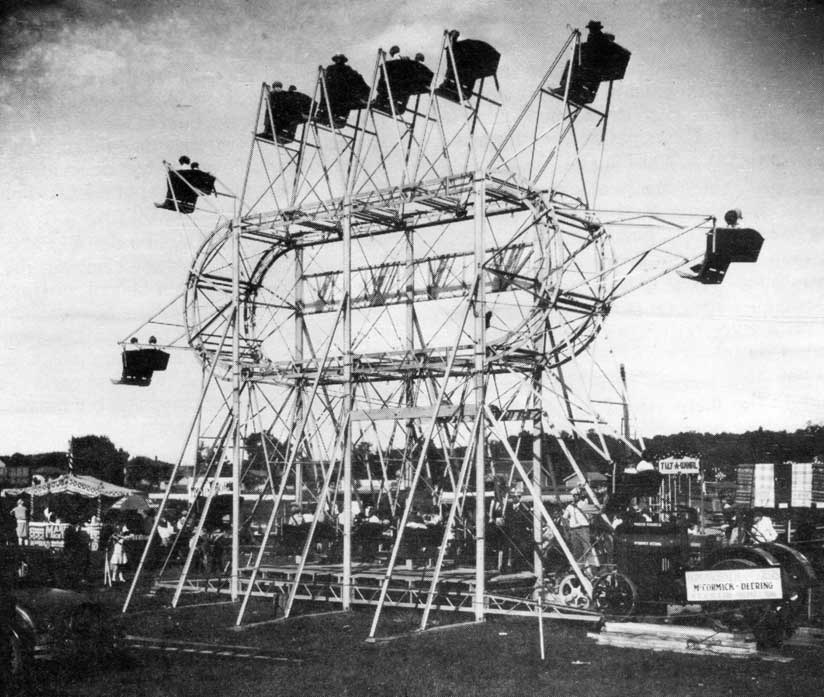