You are here: Home / Carnival Rides / Restoring The Most Beautiful Carousels In America – Keeping The Artisans Creations Alive

As part of a major city park redevelopment project, the City of Naples looks to include a beautifully restored, antique “Golden Age” American carousel. The 1914 Philadelphia Toboggan Company, PTC #28 carousel was last at home in Florida, having worked much of its operational life for the historic James E. Strates Shows out of Taft, Florida. We have take note of how restoring the most beautiful carousels in America – keeping the artisans creations alive has such an impact historically. 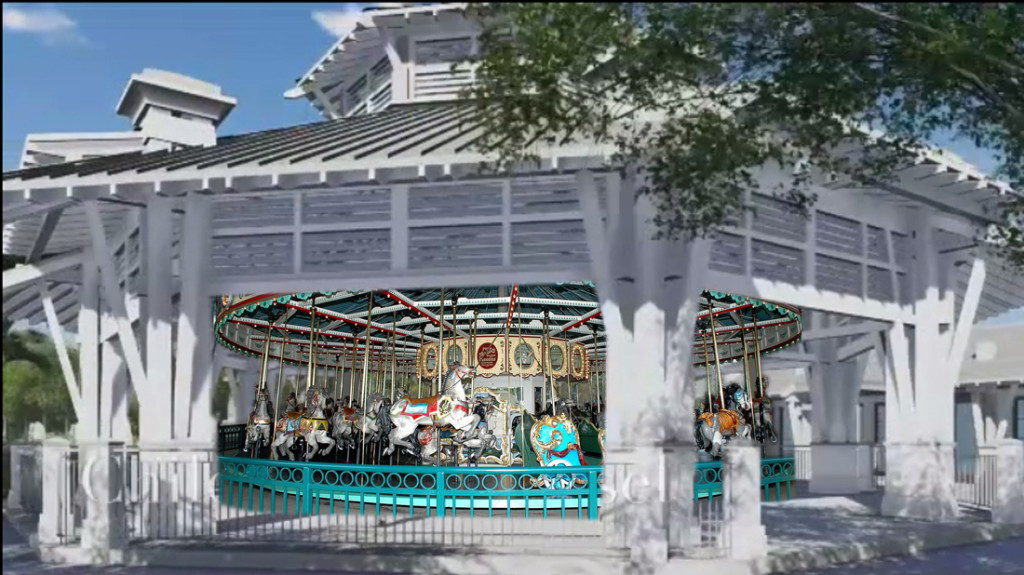 The Philadelphia Toboggan Company built more than 70 hand-carved and crafted carousels, many still the prized possessions of major amusement parks and city parks alike. PTC only build 8 wagon mounted center pole machines that could be used as portables.Only three portable PTC carousels are known to remain, and currently only one together and operating.

In the early 1950s, the historic Strates Shows were spending winters at a fairground in Deland, FL. In 1955, Strates purchase a 40-acre lot in Taft, Florda, just south of Orlando. Over a mile of railroad siding was built in the lot to accommodate the massive railroad carnival. 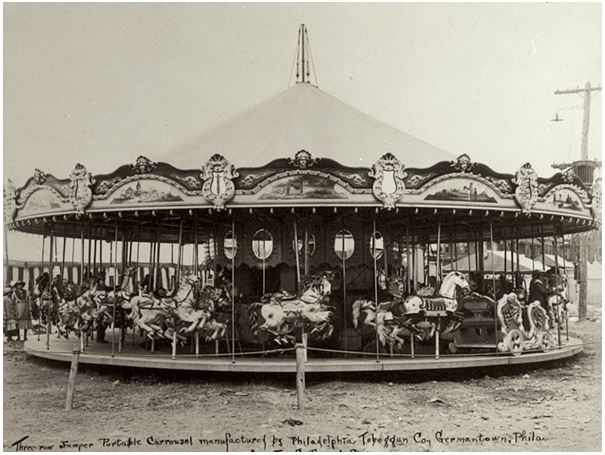 The Strates Shows owned at least two wagon-mount PTC carousels, #28 and another thought to be PTC #40, donated to the Circus World Museum

Jane’s Carousel is restored historic Carousel made by the Philadelphia Toboggan Company in 1922. It’s a classic 3-row machine with 48 exquisitely carved horses, and 2 superb chariots. The wood carvings, often attributed to John Zalar and Frank Carretta, are among the finest of their kind. It was the first Carousel to be placed on the National Register of Historic Places. 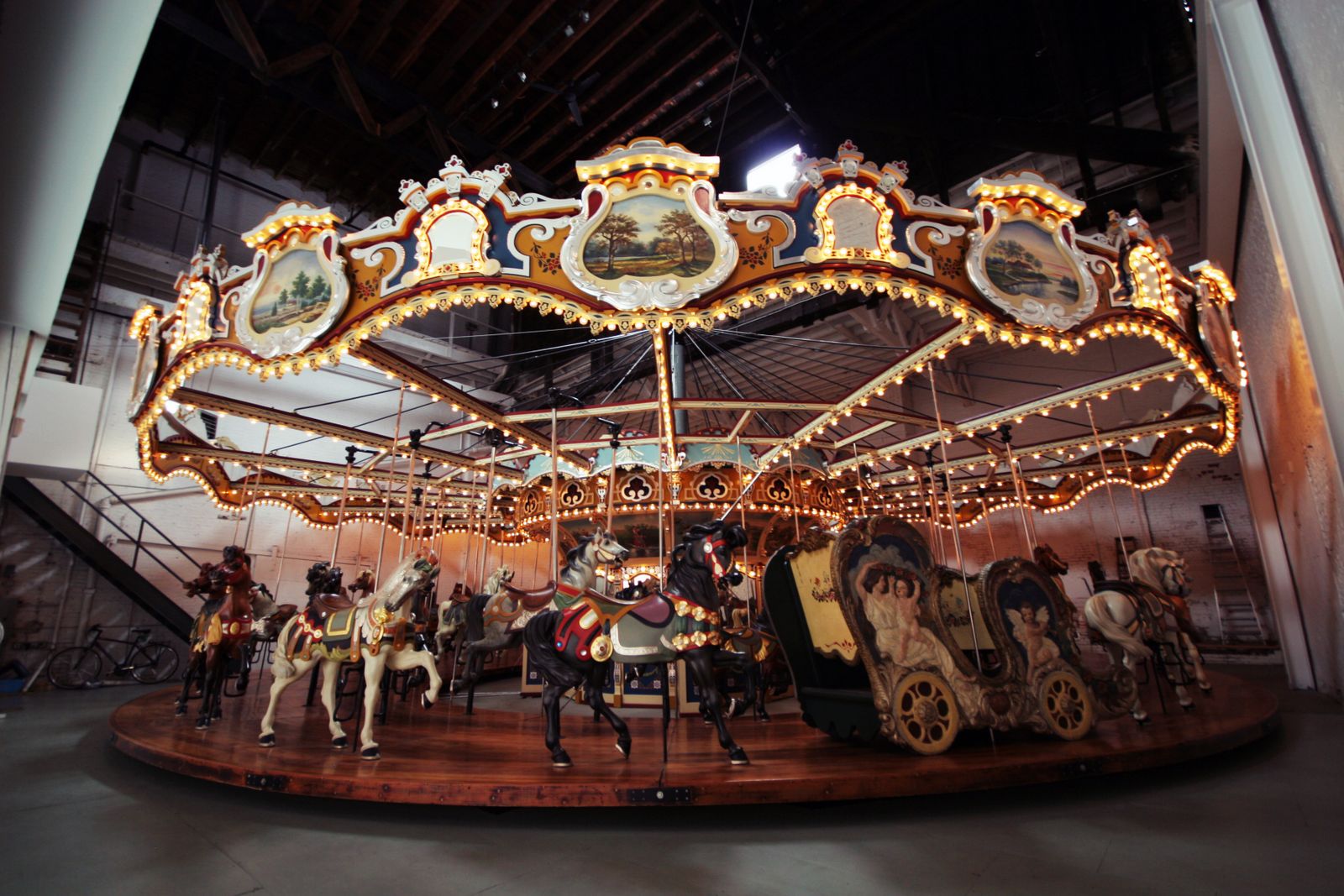