Screen Legends Like Tom Mix Appeared On The Carnival Midway 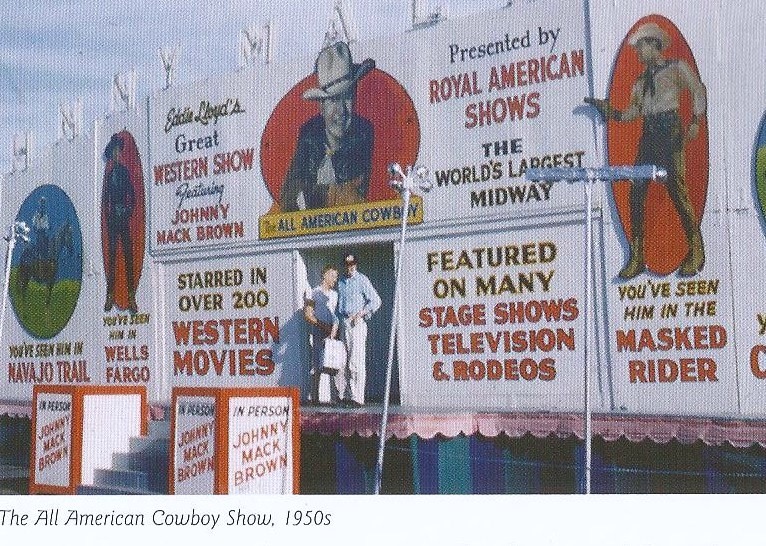 In the 1930’s, 40’s and early 50’s the western movie was king. Cowboys shot up saloons and bad guys alike and every kid had a replica of his favorite cowboy stars cap shooting six gun complete with its belted holster. 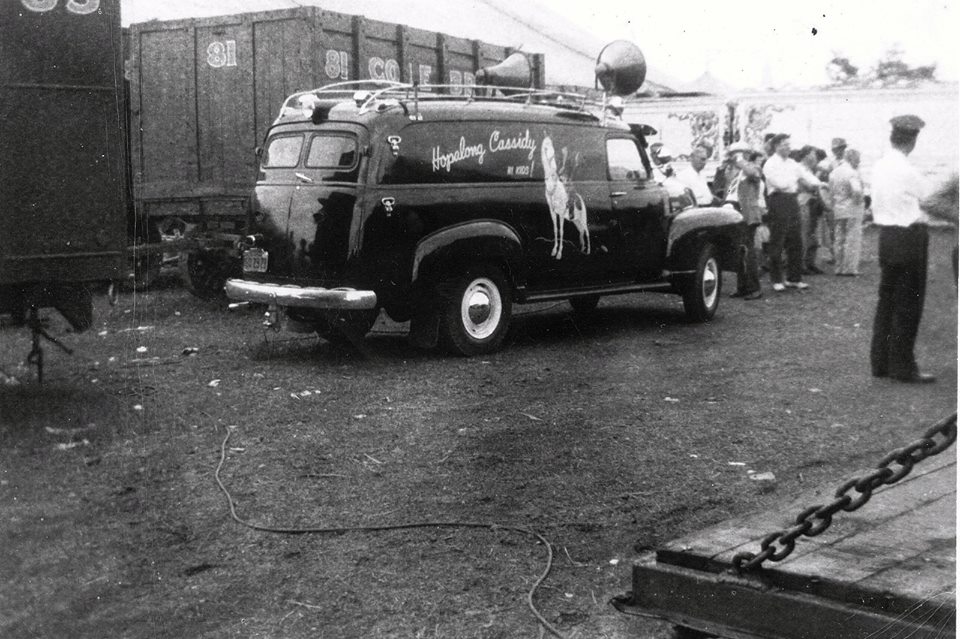 But the movie business is fickle and soon cowboys and their performing horses found themselves being replaced on the silver screen by newer, trendier heros of the era.

TV offered a brief respite but, in the end, it was the inglorious fate of these screen stars to ride off into the sunset. 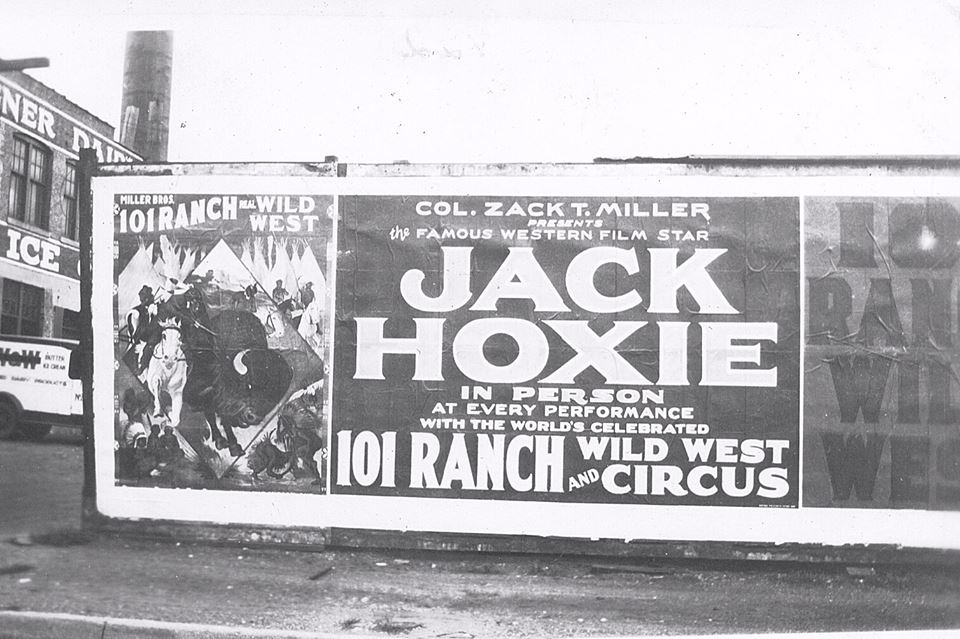 For many of these Saturday matinee idols who could make the transition, a second chance at riding the range presented itself in the form of personal performances on carnival midways, under circus big tops and in wild west shows.

These actors were still very popular and recognizable and were well known movie icons.

People lined up to see them and their horses perform roping, shooting and whip skills for many years after their time on movie screens had come and gone. Screen legend Tom Mix, a popular matinee cowboy, went on to create his own show and was quite successful touring with his horse “Tony The Wonder Horse” in the 1930’s and 40’s 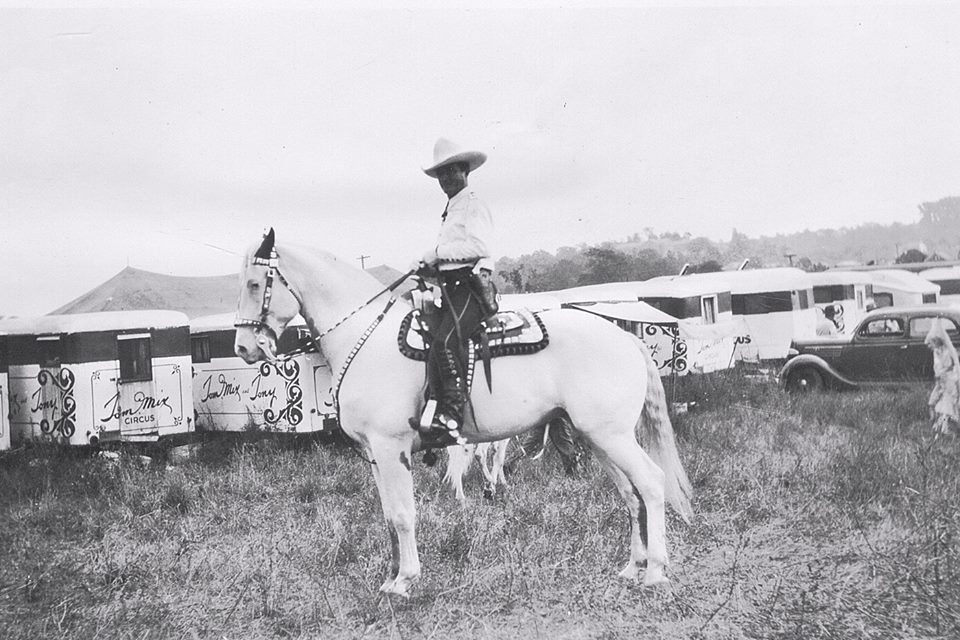 Tom Mix started in the silent movie era in 1909. He was one of the first to star in sound movies in 1932. He made his last movie, “Miracle Rider,” a western serial, which grossed over $1 million dollars in 1935.Mix was the top cowboy of American silent films known for his daring stunts, but as years passed he became equally famous for his elaborate cowboy outfits. He became the model for the movie cowboy personna that was clean, polite, and wanted to set things right. Mix also had a famous steed, Tony the Wonder Horse.

Mix’s movie career wound down in the 1930s, after silent films were replaced by talkies, but later the Tom Mix radio program ran for nearly 20 years with various actors providing the voice of “Tom Mix.” Mix himself was killed in a one-car auto accident in Arizona in 1940. He worked for Sells Floto Circus for two years, and then purchased the circus in 1936 from Sam B. Dill. He renamed it “The Tom Mix Circus and Wild West Show.” Due to weather problems and the economy, it folded in 1938.