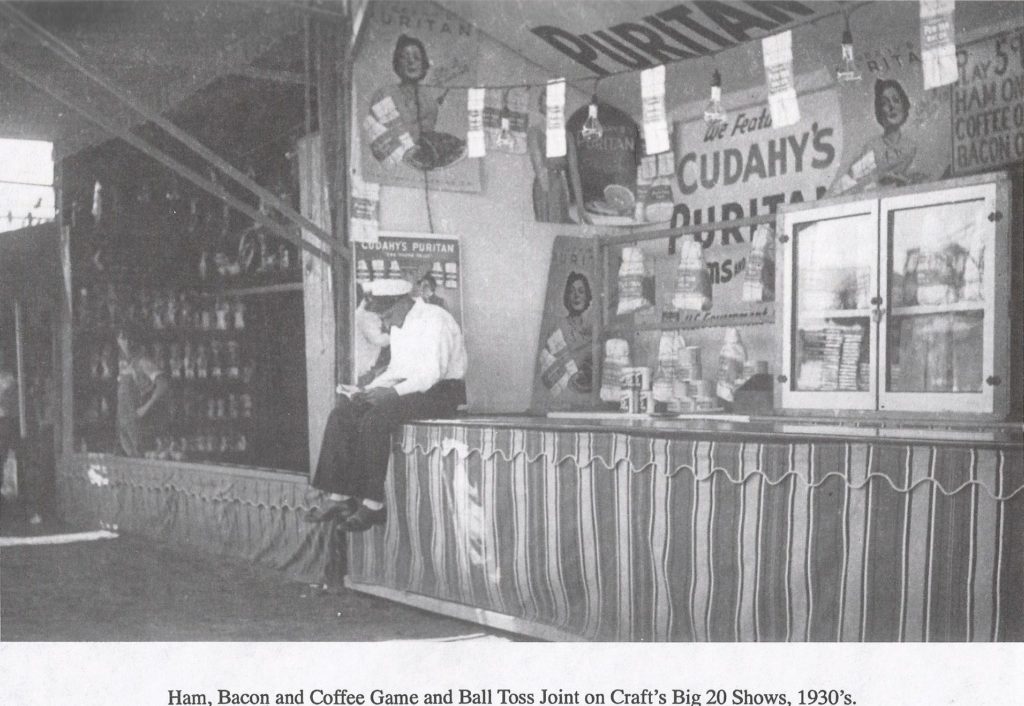 Stuffed animals are always associated with a carnival midway but in the early history of the carnival, they’re far from the only form of a prize given out to game players.
Chalk statues, straw hats, cigars, porcelain dolls, pocket knives, landscaped and religious pictures were very common during the early years.
Grocery items were some of the most popular prizes on any midway. They began appearing in the early 1930’s during the Depression era when just putting food on the table was an economic effort for most families. Ham & bacon wheels and country store wheels enticed the players with cloth wrapped, smoked hams, cans of coffee and individual pounds of sugar and flour for a nickel.

The lucky winners could take their chances and win an entire basket of groceries on the Country Store and perhaps feed their entire family or just enjoy the sugar it took for mom to make a freshly baked apple pie as a decadent luxury for dessert that they could never have otherwise afforded.

Above we see a lineup pitch joint on the Crafts 20 Big Shows that offered smoked hams, refrigerated bacon and tins of coffee as premiums for a nickel. The agent is dressed like a grocer or representative of the meat company.