You are here: Home / Circus History 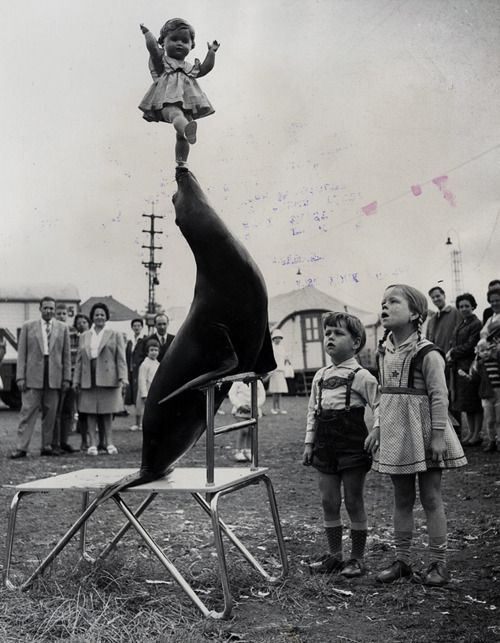 In the early nineteenth century, the United States was a new, developing country with few cities large enough to sustain long-term resident circuses. Furthermore, settlers were steadily pushing the American frontier westward, establishing new communities in a process of inexorable expansion. To reach their public, showmen had little choice but to travel light and fast.

In 1825, Joshuah Purdy Brown (1802?-1834) became the first circus entrepreneur to replace the usual wooden construction with a full canvas tent, a system that had become commonplace by the mid-1830s. J. Purdy Brown came from the region of Somers, New York, where a cattle dealer named Hachaliah Bailey (1775-1845) had purchased a young African elephant, which he exhibited around the country with great success.
Soon the addition of other exotic animals led to the creation of a bona fide traveling menagerie. Bailey’s increasing prosperity convinced other farmers from the Somers area to go into the traveling-menagerie business—to which some added circus performances.
In 1835, a group of 135 enterprising farmers and menagerie-owners, most of them from the vicinity of Somers, joined forces in creating the Zoological Institute, a trust that controlled thirteen menageries and three affiliated circuses, thus cornering the country’s traveling-circus and menagerie business.

With that, the unique character of the American circus emerged: It was a traveling tent-show coupled with a menagerie and run by businessmen, a very different model from that of European circuses, which for the most part remained under the control of performing families.

In 1871, former museum promoter and impresario Phineas Taylor Barnum (1810-1891), in association with circus entrepreneur William Cameron Coup (1837-95), launched the P.T. Barnum’s Museum, Menagerie & Circus, a traveling show whose “museum” part was an exhibition of animal and human oddities soon to become an integral part of the American circus, the Sideshow.

In 1872, Coup devised a system of daily transportation by rail for their circus. Another of Coup’s innovations of that year was the addition of a second ring. The circus had become by far the most popular form of entertainment in America, and Barnum and Coup’s enterprise was America’s leading circus. Ever the businessman, Coup resolved to increase the capacity of their tent. Due to structural limitations, this could only be done effectively by increasing the tent’s length, which resulted in hampering the view for large sections of the audience. The addition of a second ring, then a third (1881) and, later, up to seven rings and stages solved the problem physically, if not artistically.

Multiple rings and stages became another unique feature of the American circus.