You are here: Home / Patent Medicine Shows In America 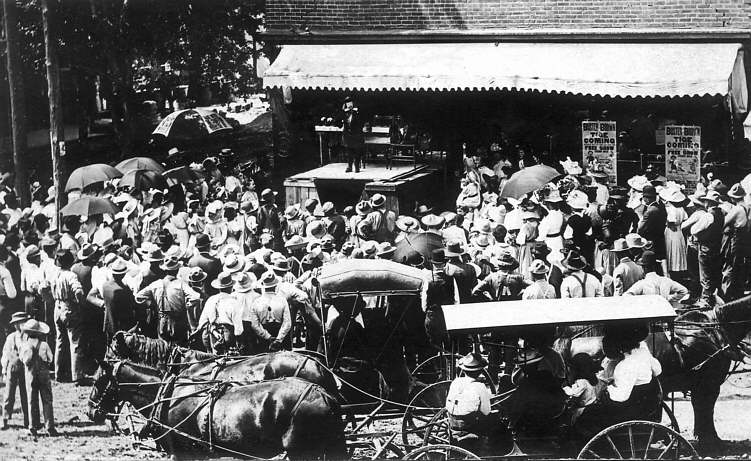 One of the earliest forms of entertainment in small town America was the Patent Medicine Show. Hucksters promoting potions and lotions from the back of small wagons always provided an entertaining bit of shitck to gather a crowd before they launched into their pitch. Most of what they sold was harmless although it seldomed, if ever, delivered on the curative promises extolled by the pitchman.

From around the mid 1800’s to the early 1900’s there prevailed a unique and wonderful form of show business. The characters of this show were just as unique as was the show itself.

The premise was simple; offer a free show, which gathered the crowd. Entertain the crowd with acts such as singers, comic sketches, jugglers, acrobats, music, magic, ventriloquism and dancing. Once the crowd had been entertained the pitchman (often called Doctor or Professor), would be announced.

The entertainment the traveling patent  medicine show provided was often the only form of entertainment a town or village would have. In many cases the Patent Medicine Shows arrival was an huge event. Shops closed, school was let out and everyone got dressed up to go see the patent medicine show. The Patent Medicine Shows that had bad reputations were not welcome, so generally speaking most patent medicine shows were above board. The medicine that was sold however, often did little of what was claimed.