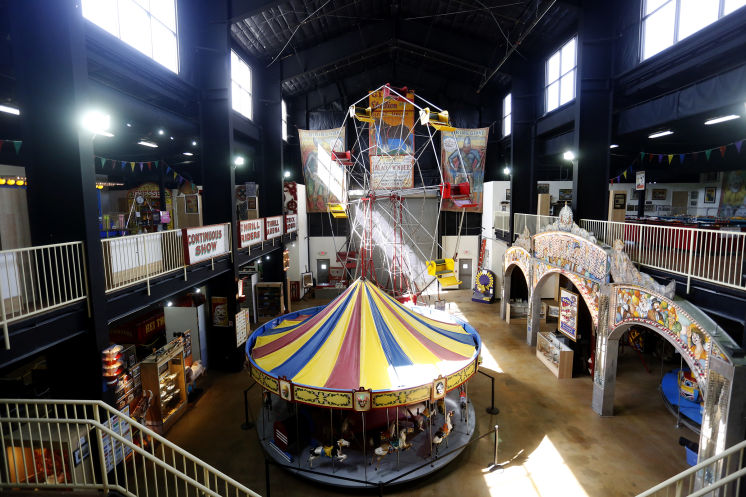 Over 54,00 Square Feet of Fun, Memories, and Enjoyment!

Open every Saturday and Sunday 12- 5 pm

A museum that is uniquely different from any other museum in all the world.  As the name suggests, our beautiful new building houses amazing artifacts, countless photographs spanning over a century of traveling shows in America and eclectic memorabilia from the colorful carnival and circus midways of the past. Simply put, there is nothing like the Showmen’s Museum, showcased under one roof, anywhere in the world.

The history of the organized traveling shows in America is as old as the country itself.  The first circus in America is credited to John Bill Rickets in 1793 and the first traveling carnival made its appearance in 1864 in the form of a traveling carousel hauled to and from community fairs and marketplaces by a German immigrant named Michael Dentzel.

Small theater troupes and medicine shows moved by wagons over roads that were nothing more than rutted tracks during the 19th and early 20th century.  By the middle of the 20th century, dozens of mile-long trains consisting of 60 or 70 brightly painted railroad cars, crisscrossed the nation playing dates in every state in America. Motorized truck shows moved over every highway in the country, playing county fairs and local street celebrations, even in the most rural areas.

The traveling shows brought thrilling entertainment to the grassroots people of America through two world wars as they waited for loved ones to return from the front and struggled to keep the country together at home.

In our modern world of satellite television, mega-theme parks, computers, and iPhones it’s difficult to imagine the America of a century ago.  Many communities would see their first motion picture under the canvas of a carnival tent, get their first look at an exotic animal in a circus parade and experience the taste of cotton candy at a county fair. For much of America, the traveling carnival, wild west show or tented circus brought the only form of entertainment they would experience all year long. They saved their nickles in Mason jars and piggy banks and waited in anticipation for those colorful railroad trains to bring mysterious wagon loads of exotic fantasies that they could scarcely imagine. 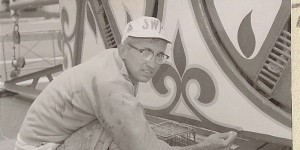 Carnival Show Painters Are Artists Show painters made the carnivals come alive with vivid colors and the artwork they created for the carnival midways. “Pollock” puts the flourishes on a ‘Crafts 20 Big Shows’ Loop-O-Plane tub. He painted on the west coast from the 1950’s until the 1970’s and did work for almost everybody including […]

More Posts from this Category

Got your Museum Membership?