You are here: Home / The Wild West Shows List

By the early 1900’s Buffalo Bill had more than a dozen Wild West Show competitors. 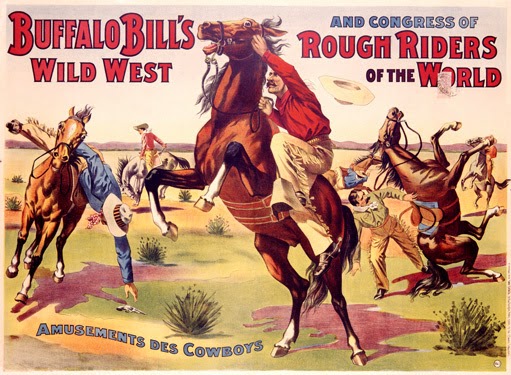 While hunting buffalo for pay to feed railroad workers, he shot and killed 11 out of 12 buffalo, earning him his nickname and show name “Buffalo Bill.” As an army scout  with a reputation for bravery, Cody often led rich men from the East and Europe and even royalty on hunting trips. Cody’s fame began to spread to the East when author Ned Buntline wrote a dime novel about Buffalo Bill, called Buffalo Bill, the King of Border Men (1869). The novel was turned into a theatrical production which enhanced Buffalo Bill’s success and popularity in the east.

Before long, Cody ended up starring as himself in the play. Then Cody started his own theatrical troop. It wasn’t until 1883 when Cody first got his idea for a Wild West Show. That same year, he launched Buffalo Bill’s Wild West Show in Omaha, Nebraska. With his Wild West Show Buffalo Bill’s popularity grew. At the turn of the twentieth century, William F. Cody was known as ‘the greatest showman on the face of the earth”. Cody had full domination of the Wild West show business and is most celebrated for being the inventor of the Wild West show.

His motivation to produce the show was to preserve the western way of life that he grew up with and loved. Driven by his ambition to keep this way of life from disappearing, Cody turned his “real life adventure into the first and greatest outdoor western show”. 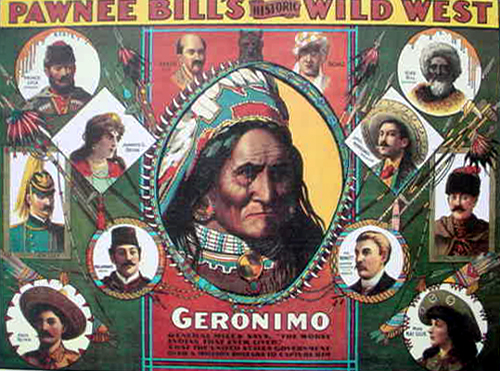 The Wild West Show List began to grow. Over time, various Wild West shows were developed. They were started by people with generally flamboyant names such as Dr. W.F. Carver, Pawnee Bill, “Buckskin Joe” Hoyt, and Mexican Joe. Blacks (such as Bill Pickett – the famous bulldogger from the 101 Ranch Wild West Show – his brothers, and Voter Hall – billed as a “Feejee Indian from Africa”), Mexicans (such as the Esquivel Brothers from San Antonio).

Native Americans (including the illustrious war leader Red Cloud), and women also tried their hand in the business, with such names headlining as Calamity Jane, Luella-Forepaugh Fish, the Kemp Sisters, May Lillie, Lucille Mulhall, Annie Oakley, and Lillian Smith. Tillie Baldwin also made a name for herself as a performer, as did Texas Rose as an announcer. Of all the shows, the first, most famous and most successful was Buffalo Bill’s Wild West and Congress of Rough Riders of the World; this was the show that started it all.

Some of the “Wild West Shows” did not include the word “show” in their name since they did not want to imply that the performers were merely acting. Instead they used “exposition” or “exhibition” to indicate that the spectacles were authentic  and real examples of people from the true Wild West.

Many of the performers were cowboys and Native Americans who had been involved in legendary battles and historic events before seeing their way of life change dramatically with the settlement of the American frontier.

In the late 1800s, the popularity of Wild West shows of Buffalo Bill Cody and others brought Plains horsemanship to audiences around the world. Audiences began flocking to see Plains warriors perform as popular entertainers. The shows reinforced Indian stereotypes, but they also allowed Native horsemen to demonstrate their tremendous skills in mock battles, earn money, gain new skills, and meet potential supporters. Many Native veterans of Wild West shows would later showcase their skills in rodeos. 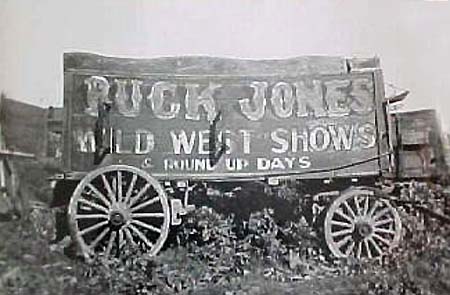