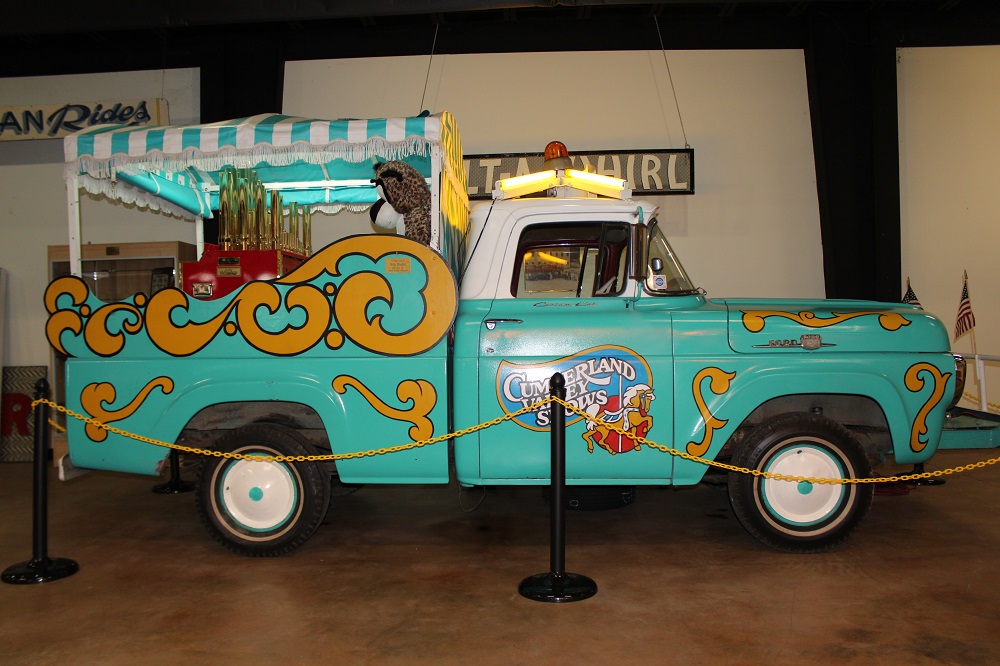 Showmen have always known the value of advertising in all forms. Many times the first news of the shows arrival was delivered to their doorstep in the form of the Sound Truck. Often followed by children These colorful and noisy vehicles would be slowly driven up and down the streets of town, often rattling the windows of the suburban house, while their air or steam powered calliopes played loud, rousing marches. Inside the cab of the truck the announcers vigorously announced the coming arrival of the big show over blaring loudspeakers.  These vehicles came in all shapes and sizes and many were decorated in colorful livery like parade floats to draw the visual attention of anyone close to them.

The sound truck you see in the photo above sits on the chassis of a 1958 Ford pick-up truck that still runs like new and was used by the big Cumberland Valley Show out of Lebanon Tennessee. In the back you can see air driven calliope that uses paper rolls (like a player piano). The roll holds about 20 individual marches and the machine automatically rewinds the paper roll at the completion of the last piece of music. This beautiful old machine still works perfectly and is often played here at the museum upon request.

Although historical records do not show exactly when these types of vehicles were first used, there are examples of early steam powered calliopes used in various circus parades dating back to the early 1800’s when the steam engine was first used as a reliable power source. Laws against noise pollution in the cities and towns through out America put an end to these unique heralds. In the accompanying photos you can see several types of these vehicles used throughout the years by carnivals, circuses and other traveling shows. 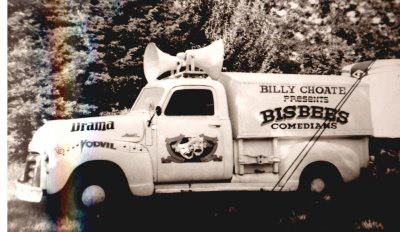 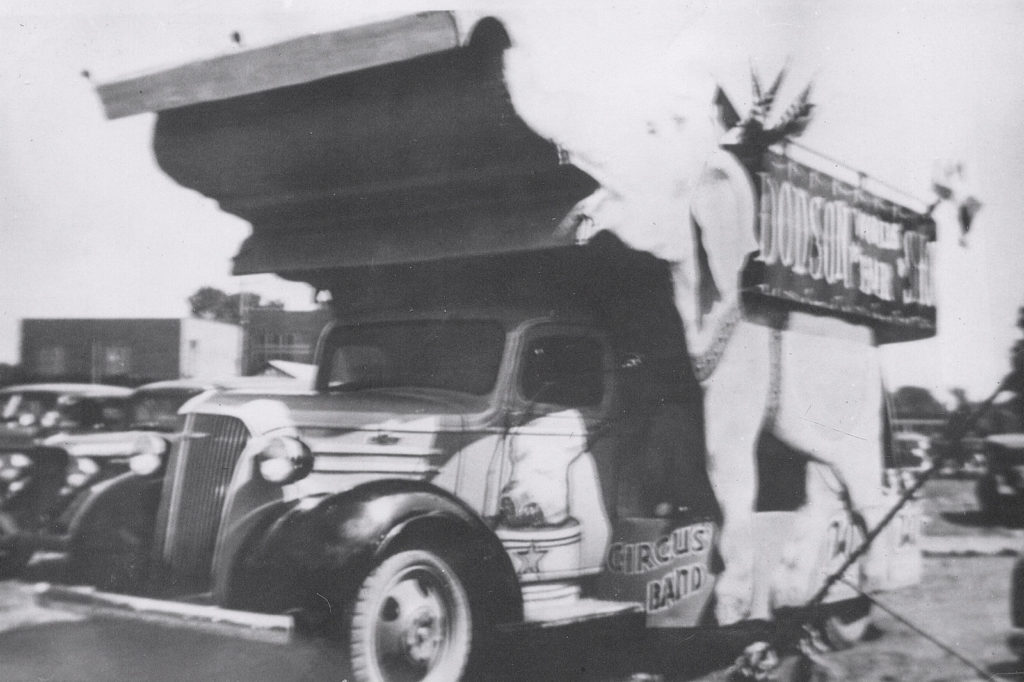 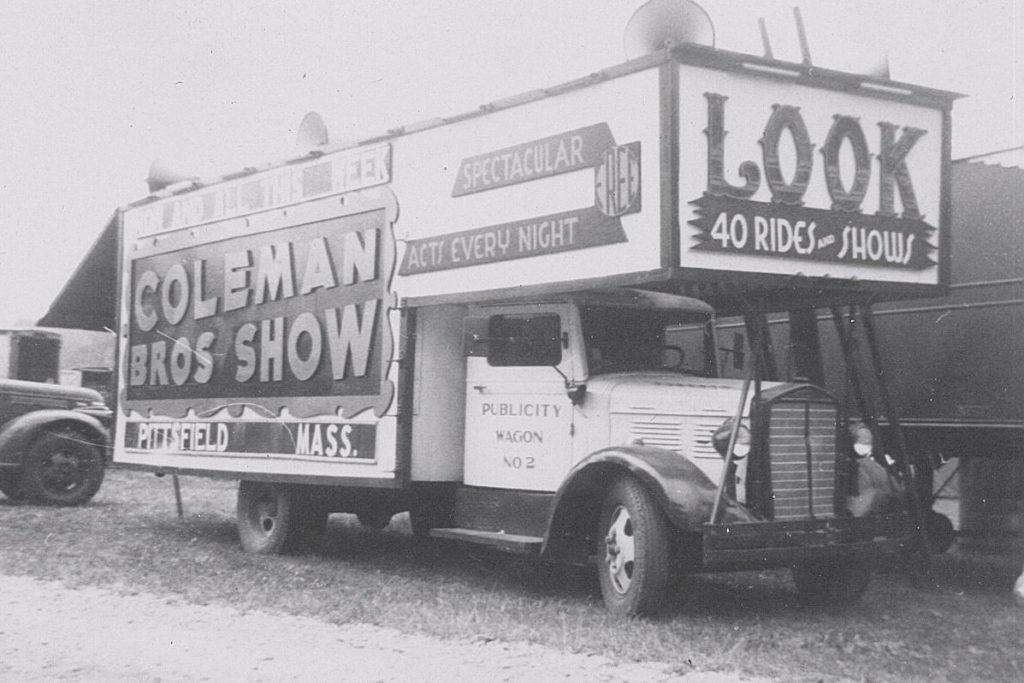 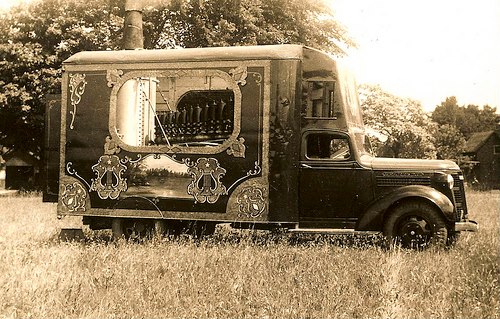 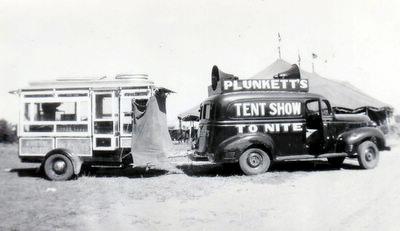