You are here: Home / Carnival Free Acts / The Human Cannonball

Human Cannonball – Imagine Being Shot Out Of A Cannon

How the Human Cannonballs Wow The Crowds 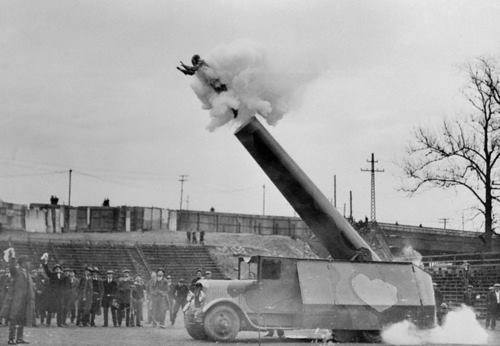 Most circus historians credit the Englishman George Farini with the invention of the human cannonball. In 1877 he presented the exotic and beautiful Zazel as a human cannonball at the Royal Aquarium in Westminster. Zazel subsequently toured with P.T. Barnum’s circus in America. But Farini’s patented, spring-loaded cannon was unreliable and lacked sufficient power.

Human cannoneering fell into oblivion until 1922, when Ildebrando Zacchini, an Italian circus acrobat who had witnessed Farini’s act as a child, revived it. With his sons he created a revolutionary new human cannon that was powered by compressed air. Smoke clouds and a loud charge were merely added for effect. Ildebrando sons took turns being blasted out of the cannon. The act was an immediate sensation, and the Zacchini family and their ‘Circus Olympia’ toured Europe before huge crowds.

John Ringling, the American circus impresario, spotted the Zacchini family human cannonballs at Tivoli Gardens in Copenhagen. He brought the act and the entire Zacchini family back to America for the 1929 season where they remained and their advances in cannon technology continued. 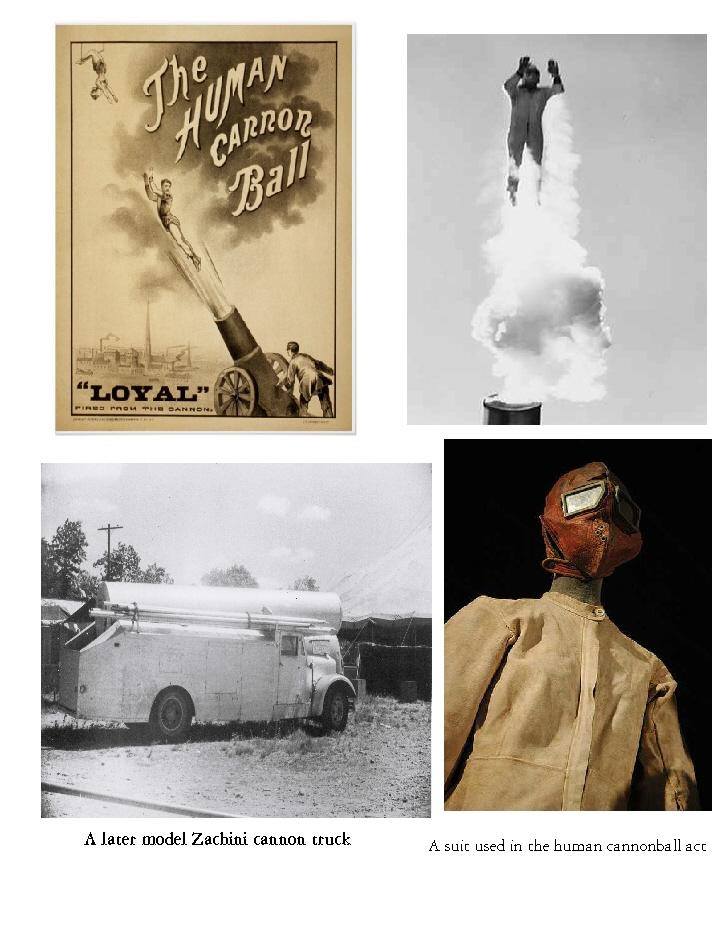 Ildebrando sons Mario and Emanuel perfected the double human cannon in the early 30s. Altogether, five of Ildebrando seven sons were performing projectiles. Mario, the last surviving Zacchini cannonball from that first generation, died at age 87. Edmondo Zacchini, one of Mario’s nephews, was the last human projectile in the family. His final flight was on Aug. 29, 1991.

Today the human cannonball act is very much alive. The closing act for the Cole Brothers Circus in 2013 is a beautifully painted cannon that shoots its human projectile a relatively short distance from one side of the big top to the other. The human cannonball act is obviously very dangerous. Exact precision is necessary to make sure the human projectile ends up where they’re supposed to and caught safely in the net. Over the years there have been several incidents of serious injury and fatalities.

We at the Showmen’s museum are extremely grateful to Robin Boseley for sending us this amazing piece of video showing her grandfather’s afternoon performance on the Endy Brothers Show in the late 1930’s. It’s just as thrilling to witness today as it was 80 odd years ago.