You are here: Home / Carnival Railroad History / The Carnival Owners Traveled In Style 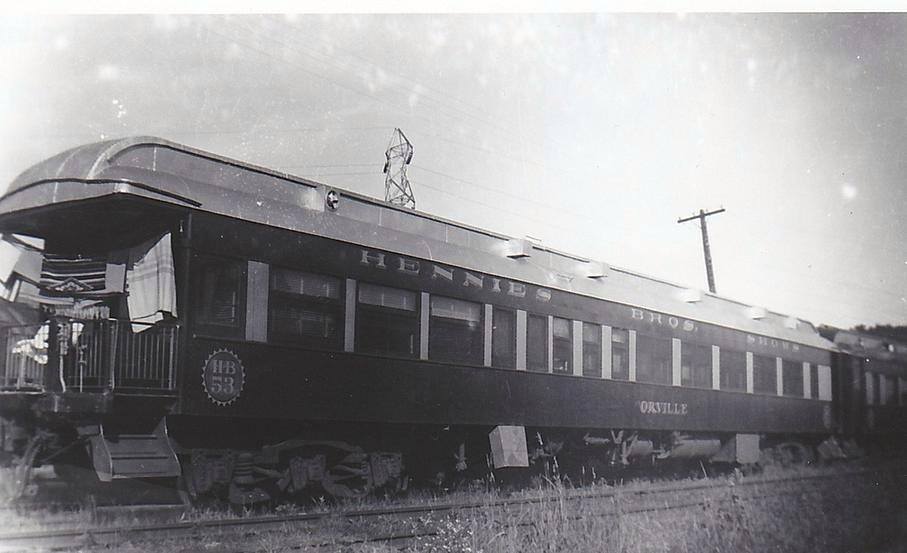 The show owners of the past liked to travel in elaborate style. They often tried to outdo one another with the opulent luxuries of the day.

These owners cars were elaborately framed out by expert cabinet makers in the finest brass and hardwoods available with no expense spared to detail or the furnishings, carpets, lamps and extras. They often had butlers and chefs quarters with the staff on call 24 hrs a day 7 days a week . 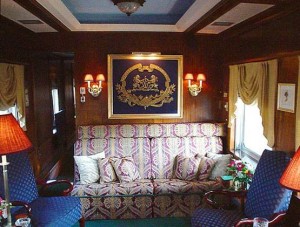 Rubin Gruberg’s coach (Rubin & Cherry Show) ,The “Montgomery”, was elaborate in every detail and furnished with personalized china and engraved silverware. It was paneled in handcrafted polished mahogany and it was said to have had genuine carpets from Persia and Italian marble counter tops.

James E. Strates (Sr.) purchased his private family car and named it “Elizabeth”, after his oldest daughter. The car was originally built for President Machado of Cuba and then sold to multi-millionaire oil man Harry Sinclair. After Mr. Sinclair’s death, Mr. Strates purchased it from his estate. It contained five staterooms, an observation room, butler’s pantry, bathroom with shower and ample storage space.

Most big show owners felt it was important to impress upon the local fair committees the great success of the operation by showing off the cars interior whenever possible. Nobody on the show was allowed near them and it was understood that entrance to these private coaches was strictly by invitation only.

Probably the most well known of these beautiful cars is the John and Mable Ringling  Priavte Train Car the “Wisconsin” which lay in ruins and was almost lost due to apathy like most of these coaches. It has now been fully restored at a cost of hundreds of thousands of dollars and is on public display at the Ringling Museum in Sarasota.

Built in 1905, the Wisconsin was John & Mable Ringling’s private railroad car, that carried them around the country and for travel between New York and Sarasota, Florida. At 79 feet long, the car contains sleeping compartments, a kitchen, bathrooms and crew quarters. The interiors of the railroad car include inlaid mahogany, ornate moldings and stained glass.

The railroad played a large role in shaping the United States as well as the history of Florida. At that time, the private rail car was equivalent to today’s private jet a means of transportation; and a symbol of the wealth and stature of its owner. For John Ringling, the railroad car was a means to conduct not only the business of the circus, but personal business and pleasure as well. The Wisconsin was used as an office, a home away from home and a place to entertain friends, family, business associates and politicians in style. 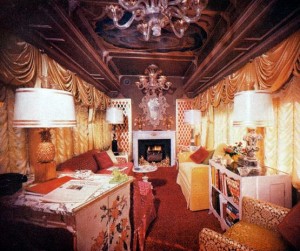