You are here: Home / Carnival Shows / Mickey Mouse Circus On The Carnival Midway

Mickey Mouse Circus Was A Favorite With Kids!

The ever popular mouse circus was a family favorite on the carnival midway. 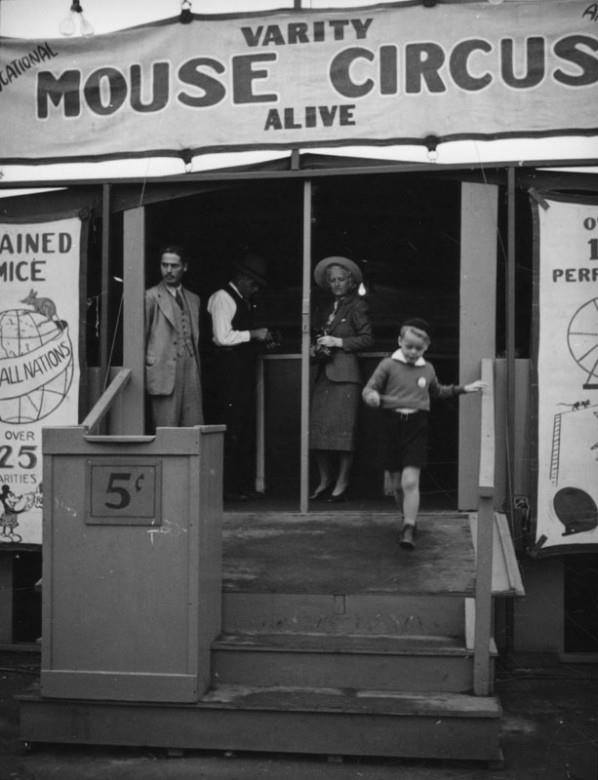 One of the most popular shows on the midway was the “Mickey Mouse Circus”.

The name was shamelessly ‘borrowed ‘ from the well known cartoon character of the day and exploited for it’s popularity.

This was nothing more than two or three dozen field mice in a glassed in table top enclosure playing (As mice tend to do) among wood shavings and sawdust on miniature toys such as tiny see-saws, merry go rounds and Ferris Wheels and running in and out of various pieces of pipe. Enterprising operators regularly baited cage traps in the meadows on the lots to collect “new performers” for their show.

The public loved it, especially the children, and some families would often spend a half hour or more inside the show watching the small creatures frolic.

There were a still a couple of these shows in operation right up to the late 1960’s and they remained a popular attraction at big fairs.

These days the Disney studios would be aggressive in legal action against using their trademarked name, if the P E T A people didn’t come after you first for mistreating the tiny rodents. 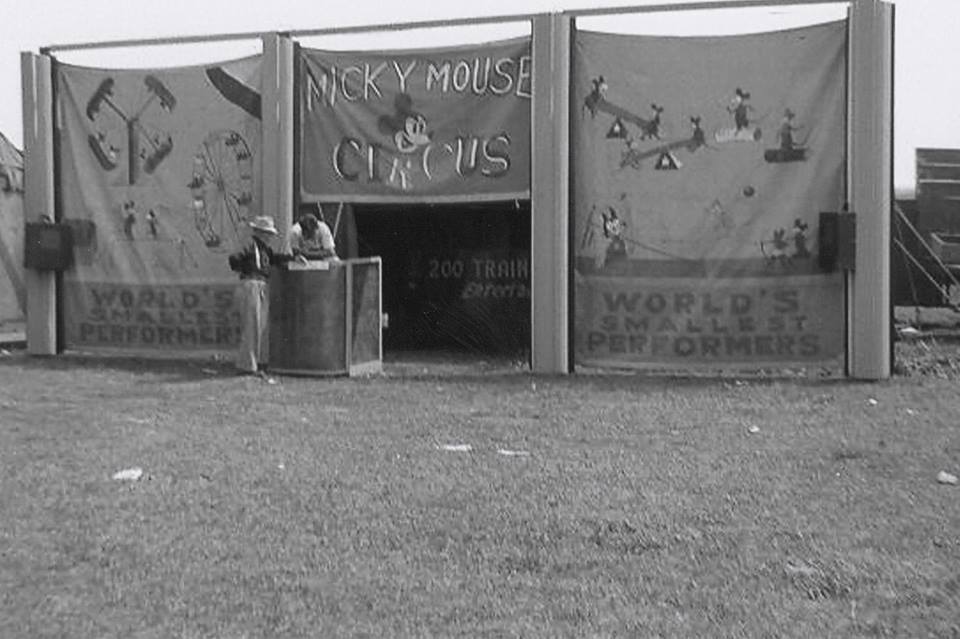