You are here: Home / Sideshows / The Lobster Boy 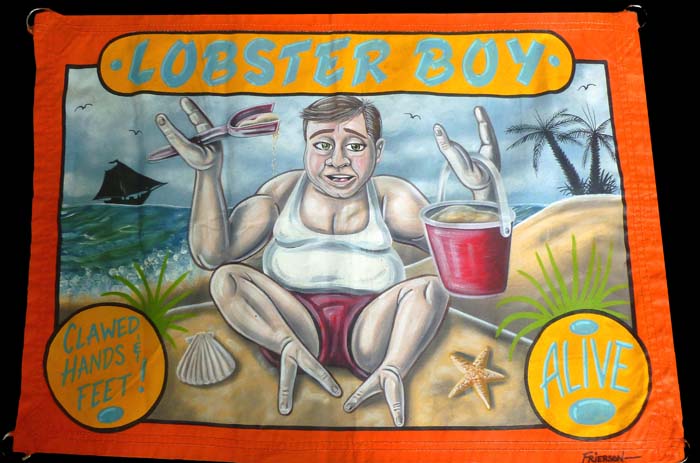 Of all the human oddities that ever lived, the one I get asked about the most at the museum is Grady Stiles -The Famous Lobster Boy.

It seems like every year or two some bright eyed, enthusiastic young writer comes through Gibsonton, endeavoring to write the quintessential “tell all” piece about the infamous Grady Stiles life and death.

Unfortunately the truth about Grady is actually a rather sad commentary on a man who led a very tortured life and died a violent death.

Grady Franklin Stiles, Jr. was born in Pittsburgh on July 18, 1937. He suffered from ectrodactyly, a condition where the fingers and toes are fused together to form a crab-claw like appendage. Ectrodactyly literally means “monstrous fingers” and is generally highly hereditary and Grady’s family had a long history of the condition.

Grady was married twice and had four children, two of whom also carry this gene and were born with ectrodactyly. (His son can currently be seen performing in the T V show ‘Venice Beach Freakshow’ on a popular cable television network.) 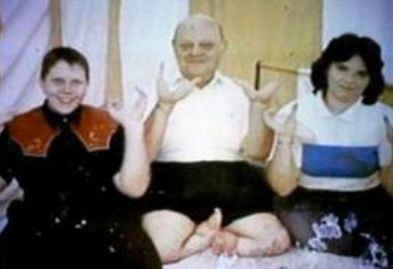 His father was a sideshow attraction and shortly after Grady was born, added him to the show when he was six years old, booking him as “The Lobster Boy”.

Grady could not walk and thus was confined to a wheelchair. He used his arms for movement and hence, was incredibly strong. Grady was also a chronic alcoholic and regularly abused his family.

His wife Mary told stories of Grady putting a butcher knife to her neck and threatening to kill her and the entire family. She also claimed he beat and sexually abused her.

In 1978, Stiles shot and killed his oldest daughter’s fiance on the eve of their wedding. He was tried and convicted of the murder but since no state institution was capable of handling a prisoner with his condition, he was given 15 years probation instead. After skirting the murder sentence, Grady became even more abusive to his family.

In 1992, his second wife, Maria, and her son-in-law Harry Newman, hired a 19-year-old sideshow performer named Chris Wyant, who was also a neighbor in Gibsonton where the Stiles family lived between seasons when they were off the road, to kill Stiles for $1500. Late at night, Wyant tapped on the trailer window as a warning to Grady’s wife and kids so they could leave before the murder took place. Stiles was shot three times in the head on November 29, 1992 while watching TV in his mobile home. He was 55 years old. All three were brought to trial and convicted with Mary receiving 12 years in prison and Wyant receiving 27 years. Newman, who actually hired the hitman, received a life sentence.

Grady is buried in Showman Rest Cemetery in Tampa Florida, punctuating what was an unhappy life and an unfortunate death.