Innovative way to take care of the circus crew 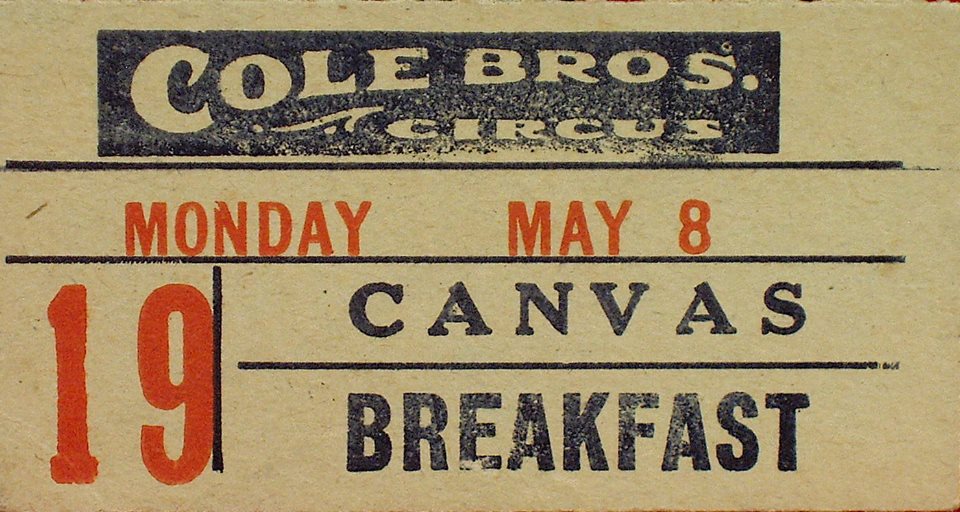 Although it may seem like feeding and lodging several hundred people could be quite chaotic, the circus devised a simple system that worked out well for many years.

The crew were issued a book of tickets that spelled out their department, date, type of meal and counted the number of people in that department. In the example above we see it’s Monday, May 8th.

The ticket is issued to a member of the canvas crew (Big Top) for breakfast and he’s number 19 out of a possible twenty five or thirty.

The worker would take a seat at the table where the ticket would be collected by a table steward and the ticket holders meal brought to him.

It was the same on the train where the car porter would collect the ticket in exchange for a berth on one of the sleeping cars.

Woe to the guy who lost his tickets. 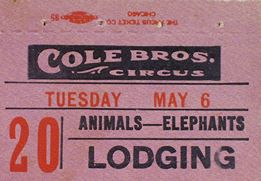