You are here: Home / Featured / The Country Store Game 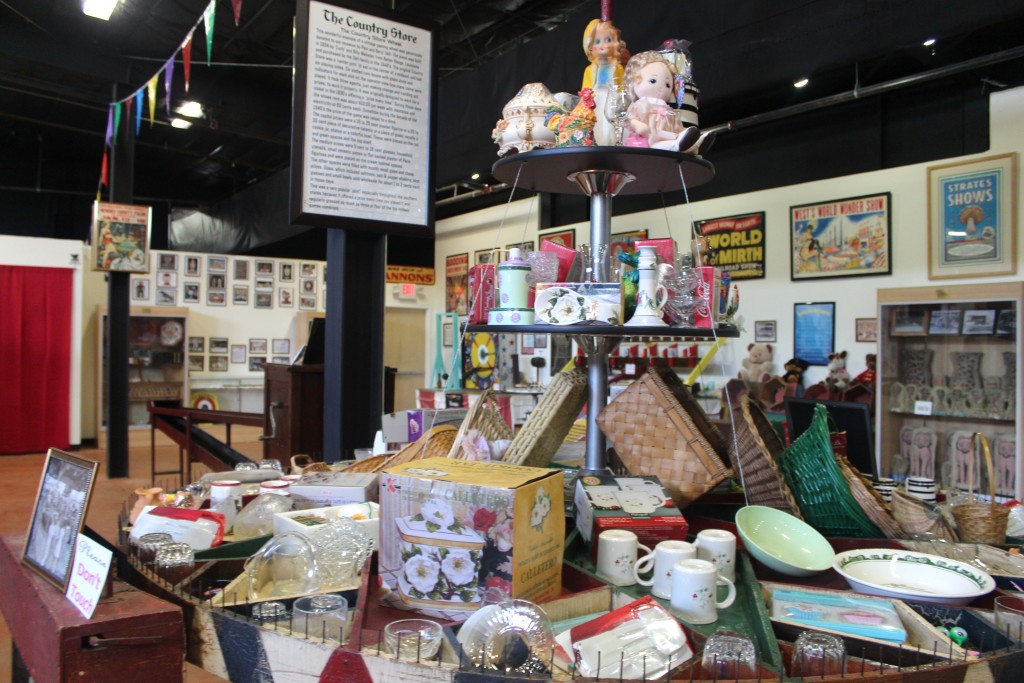 This wonderful example of a vintage gaming wheel was generously donated to our museum by Paul and Beryl Dell. The piece was built in 1934 by ‘Curly’ and Billy Webster from Baton Rouge, Louisiana and purchased by the Dell family in the 1940’s.

The original Country Store was a ‘center joint’ (it sat in the center of a midway) and had six playing sides. Six slotted coin boxes with glass slots and indicators for each slot let the operator view how many coins were played. It took three agents, just making change and handing out prizes, to work it properly.

It was originally designed to work for a nickel in the 1930’s offering a “prize every time”. During those days the shows rent was about $10.00 per week with insurance and electricity at 50 cents each. Sometime during the decade of the 1940’s the price of the game was raised to a dime.

The capitol prizes were a 15 to 25 cent plaster figurine or a 20 to 30 cent piece of decorative ceramic or a piece of glass; usually a cookie jar, statue or a colorful bowl. These were placed on the red and green spaces and the top shelf.

The medium prizes were 5 cent to 15 cent glasses, household utensils, small ceramic pieces or flat backed plaster of Paris figurines and were placed on the cream colored spaces.

The other spaces were filled with mostly small glass and cheap prizes. Glass, which included ashtrays, salt & pepper shakers, shot glasses and small bowls sold wholesale for about 1 to 2 cents each in those days.

This was a very popular ‘joint’, especially throughout the southern states because it offered a prize every time you played it and regularly grossed as much as three or four of the top midway games combined.