Oakley And The Wild West Shows 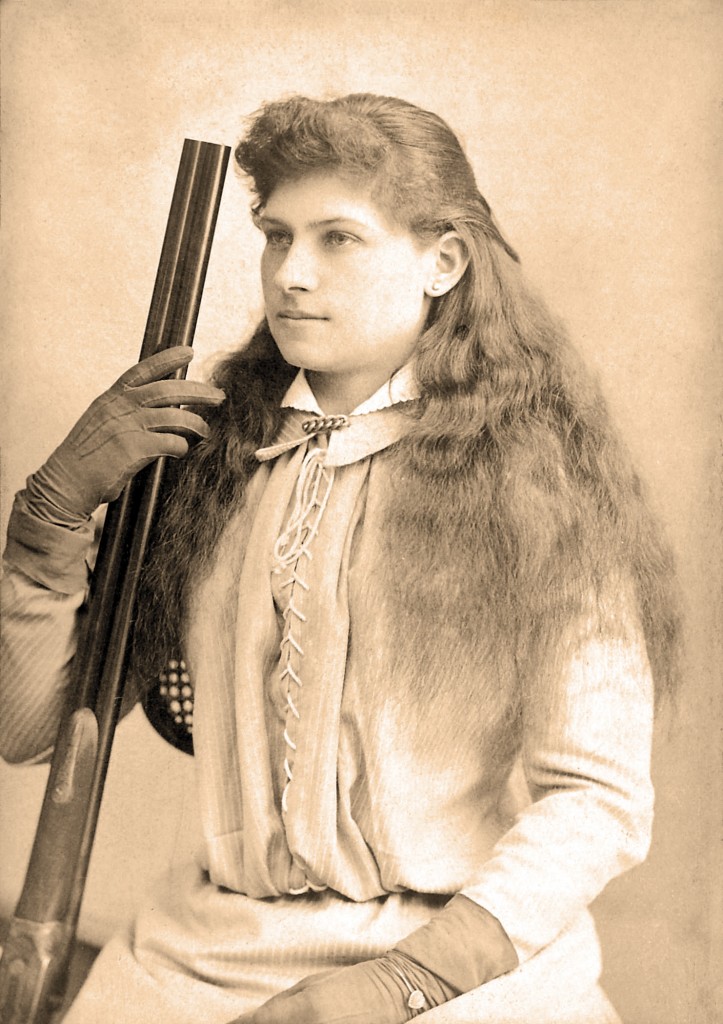 By the time she was a teen, Phoebe Ann Moses’ shooting skills were so advanced that she was putting them on public display to help her beloved mother pay off her mortgage. In 1875, Moses bested celebrated marksman Frank E. Butler in a shooting competition, and not long after, these rivals wed.

In the 1880s, Moses took the stage name Annie Oakley and began touring professionally with her husband, and in 1885, she joined Buffalo Bill Cody’s Wild West Show, where she performed for 15 years as a top attraction.

One of her most popular stunts was shooting the lit tip off a cigarette being held in her husband’s lips. She even performed this trick for Kaiser Wilhelm II, with the King of Prussia taking Butler’s place. Her fame brought her grand introductions to royals and world leaders like Queen Victoria and Sitting Bull, who gave her the name “Little Sure Shot.”

By the time World War I rolled around, Oakley had retired. She sought to organize a group of female shootists to form a special sharpshooting unit, but her petition was ignored. It’s also said that she reached out to Wilhelm II, asking pointedly for a second shot; that request too went ignored.

Finally, Oakley turned her efforts into raising money for the Red Cross. When she passed away in 1926, the whole of America mourned the loss of this iconic cowgirl.

Phoebe Anne Oakley Moses, but she was known as “Little Sure Shot” because she had such great aim. At 30 paces Annie Oakley could fire a gun and hit the edge of a playing card or the end of a cigarette held in the lips of her husband, Frank Butler.

Enjoy this rare footage of Oakley’s skills from 1894: