101 Ranch Wild West Show Had Movie Stars And Geronimo Too 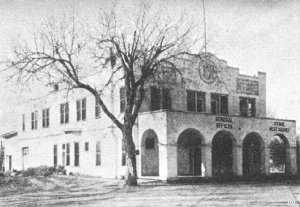 The 101 Ranch was a sprawling 110,000 acres of leased Indian lands that spread across four counties. It was founded in 1879 by Col. George W. Miller, a Confederate veteran. The 101 was a working showplace, self sufficient and employed thousands of people.

The ranch consisted of a school, show grounds, general store and cafe, hotel, newspaper, magazine, blacksmith shop, leather shop, dairy, saddle shop, meat packing plant, oil refinery and even its own scrip (money). Homes for employees were available on the ranch along with guest houses and a “Dude Ranch”. It was a city within itself consisting of a population of around 3,000 people at any given time. 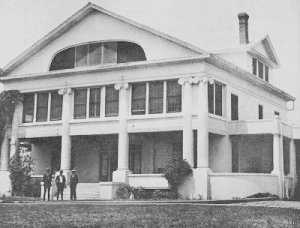 The 101 Ranch became one of the largest diversified farms with cross breeding of animals and agricultural products.

In 1903, Col. George Miller died and the ranch was taken over by his three sons. Each of his sons had a specialty that made the ranch pay off. The oldest was Joe Miller, an expert in grains and plants. The middle son, Zack was a cowman. The third son, George was a financial wizard.

In 1905, Joe started the 101 Ranch Wild West Show, an expansion of the yearly rodeos that featured roping, riding, bulldogging, Indian dancers, trick roping, riding and shooting. The show traveled all over the world. The Millers also introduced a sport called the “terrapin derbies”.

There were close to 80,000 people on the ranch opening day with the first Wild West Show. And no wonder what with such attractions as the Apache prisoner Geronimo, Buffalo Bill, Tom Mix, Bill Pickett and Lucille Mulhall, plus a buffalo hunt and barbecue, Indian sports and dancing, riding and roping contests, bands and a gigantic parade.

Geronimo, as a part of his act, was to shoot a buffalo with his bow and arrow after three tries the cowboys came in to finish the job. Henley notes that this meat was later barbecued, mixed with previously prepared beef and sold in 50 cent sandwiches, which was also quite a price for 1905.

Earl Henley of Tonkawa – remembers  Oklahoma’s “Gala Day” celebration at the once famed 101 Ranch in which he performed with his trained horse. He gives great details about what it what like at the 101 Ranch Wild West Shows.

A genuine buffalo hunt in the huge arena was also a big drawing card that day, the former cowboy recalls, for large buffalo herds were nearly extinct and this representation was one of the last in the country.

Gala Day marked the debut of Tom Mix as a western performer and featured Buffalo Bill driving a team of buffalo.

The gay and gaudy rodeo offered many thrills, but to the youthful Henley the most exciting act was when Bill Pickett, Negro cowboy, performed for the first time in public his daring feat which originated the sport of “bulldogging”.

Pickett jumped from his horse onto the head of a running steer and threw him by sinking his teeth “bulldog style” in the animal’s tender nostrils. “I never saw anyone with as thick a neck at Pickett had.” Henley says. “The cords were as big a man’s thumb and would stand way out as he strained and twisted with the animal. Of course today the cowboys just throw the steer by hanging on to its horns alone and wrestling it down. But you’ll have to admit it was pretty novel the way ole Pick did it.”

It was a thrill to meet such people who have become ‘the greats’ in our western history – people like Buffalo Bill, Hoot Gibson, Pawnee Bill, Tom Mix, and Will Rogers.”

At its zenith the 101 Ranch seasonal employed two to three thousand people. Many of the ranch hands were also performers in the Wild West Show. Although exaggerated and stylized their work and their performance were one and the same. Hollywood actors and other famous people from a number of disciplines were among the attractions. Not all were physical performers but simply famous for their accomplishments.

Tex McLeod a bronc rider, also was one of the 101’s big four ropers along with Sam Garrett, Hank Darnell, and Chester Byers. He became world champion fancy roper at Calgary in 1912

Ed “Hoot” Gibson spent time performing on 101 Ranch Wild West Shows and won the title of “Cowboy Champion of the World” at the Pendleton, Oregon, Round-Up in 1912 before launching his screen career ad a stuntman and later as one of the western greats of silent and talking films.

Tex Ritter joined the Miller Brothers “ 101” Ranch in 1909 and won numerous rodeo titles throughout the west and later toured for three years with the Sells-Floto Circus and in 1931 signed a contract with Carl Laemmle for six talking pictures.

Cowboy Art Accord, who went from the 101 Ranch wild west show to the movies and recognized for his world championship in bulldogging.

Bill Pickett made the 101 Ranch and Wild West Show famous because of the cowboying and “bulldogging” technique.He went to work on the 101 Ranch in 1905 and remained there for thirty years. He founded the art of “bulldogging”, now known as steer wrestling in the rodeo circuit. He was the first person to slide off a horse onto the back of a running steer, twist its neck forcing the animal to the ground while biting the lip of the steer to hold them down, then theatrically throw his hands into the air.  Pickett traveled through North and South America and England with the 101 Ranch Wild West Show. He was headlined as the “Dusty Demon”. Colonel Zack Miller of the 101 Ranch described Pickett as, “…the greatest sweat-and-dirt cowhand that ever lived-bar none.” In 1923, this working black cowboy was featured in a film produced by the Norman Film Manufacturing Company of Florida titled, “The Bull-dogger”. In advertising for the silent movie, Pickett was described as, “(The) World’s Colored Champion” and the “Colored Hero of the Mexican Bull Ring in Death Defying Feats of Courage and Skill”. In 1932, he was kicked in the head by a horse and died eleven days later on April 4, 1932. Prior to his death he had requested to be buried on Monument Hill. In 1936, the Cherokee Strip Cow Punchers Association erected a simple red sandstone marker at his grave site that simply reads: BILL PICKETT   CSCPA